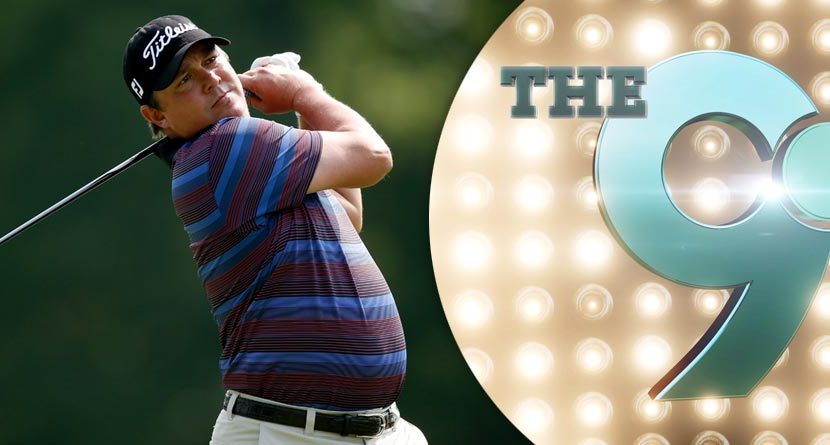 Feeling lost on social media? Want to impress and amaze your friends? Back9Network’s got you covered. Each day on “The Turn,” we recap the 9 stories you need to know.

No, it’s not Christmas morning, but it’s close. Tiger Woods is back to taking full swings. According to USA Today, which spoke with Woods’ agent Mark Steinberg, Tiger is back on the range after his doctors cleared him for full swings as he recovers from back surgery. Read More

Florida State quarterback Jameis Winston has been under fire off the field lately. On the bright side, however, a legend has his back. Jack Nicklaus, the grandfather of Seminoles tight end Nick O’Leary, spoke out about the autograph allegations against Winston, coming to the quarterback’s defense. Read More 4. Jason Dufner Set To Return Thursday At The Perth International

After being away from golf for nearly three months due to a neck injury, Jason Dufner is set to return this week at the Perth International. Read More

5. Brandt Snedeker Live-Tweeted A Brutal Experience On A Plane

Brandt Snedeker took to Twitter on Monday to share his brutal experience aboard a United Airlines plane en route to Tokyo. Read More

Ben Martin won the Shriners Hospitals for Children Open on Sunday to claim his first PGA Tour win, but his victory photos after the round were interfered with by the bear in the back. Read More

7. Maine Gets Its First FootGolf Course

The state of Maine opened its first FootGolf course in Portland on Monday morning, with the first round being played by Mayor Michael Brennan and comedian Bob Marley.Read More

For the most part, Bubba Watson makes golf look easy. But apparently, golf isn’t the only thing he’s good at. Watson’s not bad on a board either. He posted a photo and video of himself wakesurfing Sunday, and he’s pretty good at carving up waves. Read More

What do Keegan Bradley, Graeme McDowell and Fredrik Jacobson have in common? They’re all brand new craft beer brewers, of course! The three PGA Tour stars have teamed up with the Florida-based brewer The Brew Pub to create GolfBeer Brewing. Read More