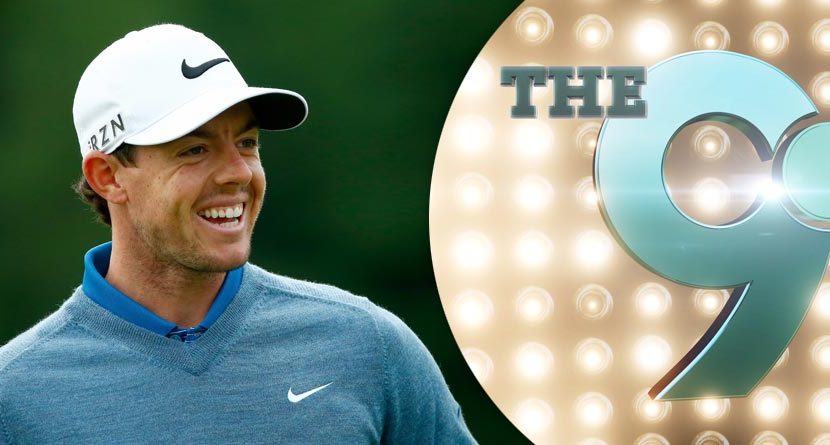 Ben Martin outlasted Kevin Streelman and a host of other contenders — including U.S. Ryder Cup players Jimmy Walker and Webb Simpson — for the title at the Shriners Hospitals for Children Open at TPC Summerlin in Las Vegas. Read More

2. Rory McIlroy Can’t Figure Out Why He’s So Popular With The Ladies

Rory McIlroy has had his name tied to several women since breaking up with Caroline Wozniacki, but he can’t quite put his finger on what makes himself so attractive to the female crowd. Read More In his autobiography, Ian Poulter fired back at Sir Nick Faldo after Faldo said Sergio Garcia was “useless” at the Ryder Cup in 2008. Poulter went on to say Faldo has “lost a lot of respect from players.” Read More

While advancing to the final eight of the tournament, Henrik Stenson hopped in an excavator and attempted to sink a putt — the Excavator Challenge. Uncharacteristically, it lipped out. Read More

Jay Haas claimed his 17th Champions Tour victory on Sunday at the Greater Hickory Kia Classic with a final-round 66 to win by two strokes. Read More

19-year-old Kyu Jung Baek defeated In Gee Chun and Brittany Lincicome in a playoff on Sunday to win the KEB-HanaBank Championship on the LPGA Tour. Read More

Michelle Wie returned to action last week, traveling to South Korea for the LPGA Tour’s HanaBank Championship, where she finished two strokes off the lead on Sunday and tied for fifth. And while in the homeland of her parents, of course Wie fit in like a local. She picked up some chopsticks, grabbed a live squid, and calmly dropped the still-moving organism into her mouth. Read More

One of the great mysteries in golf is wondering how many golf balls are at the bottom of a given pond. A hundred? A thousand? A couple million? Well, we may have the answer thanks to a Reddit user. Read More