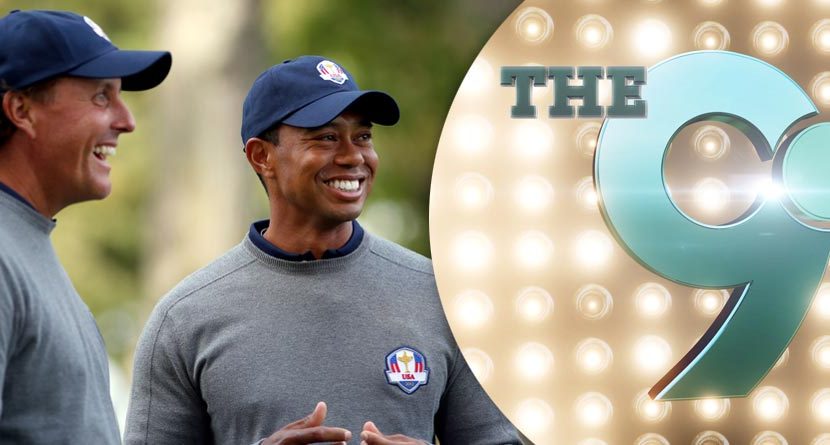 The CEO of ClubCorp, Eric Affeldt took the top spot as the most powerful man in golf, while Donald Trump came in at second on the list. Read More The PGA of America announced a new 11-member Ryder Cup Task Force on Monday, headlined by Tiger Woods, Phil Mickelson and Rickie Fowler, among others. It was created to help examine the Ryder Cup process, including the selection of captains and the points system. Read More

Bubba Watson’s arrival in Bermuda for the PGA Grand Slam of Golf was delayed by Tropical Storm Fay, leaving him minimal practice time after taking time off for “Bubba’s Bash.” Read More

4. Rory McIlroy’s Goal In 2014 Was To Become Better At Responding To Emails Rory McIlroy had a huge year in 2014, winning two majors as well as the Ryder Cup. But one of his goals for the season was to become better at emailing. Read More

TV viewership of live golf events is down. Same for merchandise sales and actual participation in the sport. And the golf industry blames the millennials. But it’s not giving up on the demographic just yet. According to Adweek, brands are doing what they can to appeal to these 18- to 34-year-olds. And that includes the PGA. Read More

On Sunday, the world’s 16th-ranked golfer met with the U.S. Army’s 2nd Infantry Division in South Korea. Paula Creamer arrived via Blackhawk, signed some autographs, learned how to throw a tomahawk, tested some big guns, and played golf on what has been billed as the “world’s most dangerous golf course.” Read More

The No. 1 ball in golf is getting an upgrade this week at the Shriners Hospitals for Children Open as Titleist is introducing new Pro V1 and Pro V1x models in Las Vegas. Read More

Mitt Romney cracked a joke about President Barack Obama about trying to cash a check, and somehow Phil Mickelson was a part of it. I guess Lefty doesn’t use ID at banks — he just makes putts instead. Read More

It’s not everyday that you get to climb to the top of Mount Kilimanjaro, so why not bring a club and hit a few tee shots from the top. After all, it is the tallest free-standing mountain in the world. Read More

Related Link: The 9: Big Start For Bae, Norman May Not Play Again & More