The Dufners Had A Better Fourth of July Than You 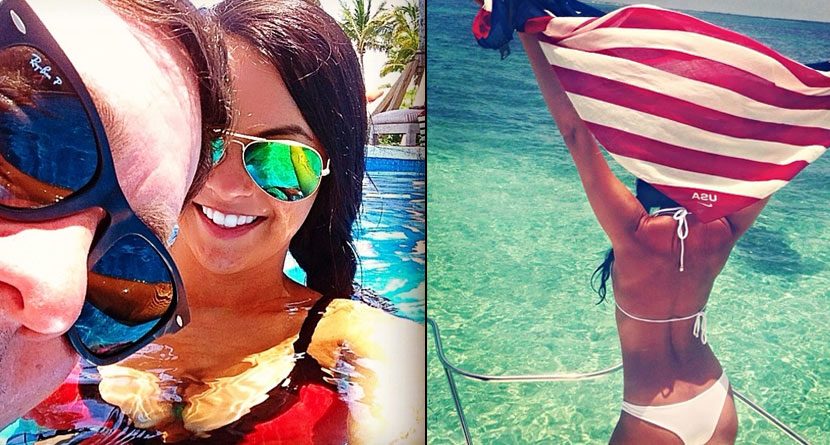 Last Friday, America celebrated her 238th birthday and while most of us celebrated in some way, Jason and Amanda Dufner probably did it better than any one.

Spending the Fourth of July in the Bahamas at Baker’s Bay, the Dufners reminded everyone how good life can be, enjoying some time on the water, drinking beers, eating seafood and hanging out on the beach.

Their week of celebrating started last Tuesday, when bad weather forced the Dufners off the beach and into some day drinking and World Cup watching:

Since Bakers Bay is out for today, looks like it’s day drinking watch USA soccer!!

The Dufners didn’t let the American’s defeat at the hands of Belgium slow them down, though. Amanda’s Instagram account serves as proof of their epic week in the Bahamas:

New 4th of July tradition. Man do I love Stone Crab! Happy 4th to everybody! pic.twitter.com/PmDl5mIap6

Amanda also spent some time on the range at Baker’s Bay. That picture has been spreading around the internet like wildfire.

I’m proud to be an American, but I wish I were a Dufner … at least for one day.