The Role of Media in Golf 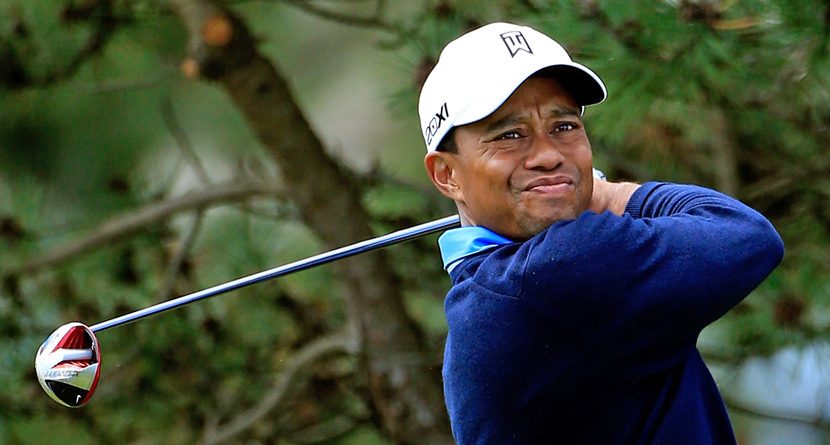 Whether or not you could see Tiger’s ball move is not material for this discussion.  For the record, I watched the video several times on my phone and didn’t see any movement.   Perhaps if I watched it on a 50 inch flat screen in high definition I would have seen something different.  I trust Slugger White, PGA Tour Rules Official, and the entire field staff and if they said that it moved then it moved.

But here is the question that has been plaguing me since I went to the dark side and became a member of the media.  Should the media insert itself into the action and affect the outcome of an event?  The fact of the matter is that professional golf has taken the stance that it would rather be right by any means then miss a call or a ruling.  If you abide by this, understanding that the most scrutinized players are under a finer microscope than others, then so be it.  Are things missed on a daily basis?  Probably, very likely, bet on it…of course they are.

But should the media become part of the action?  As an on course reporter for the Golf Channel a few years ago I witnessed a player violate a rule.  The player in question removed an out of bounds stake to hit his second shot on a par five.  This is a two shot penalty anywhere, although the player did not know the rule.  (A player can remove a hazard stake to hit a shot but not an OB stake.)  However, we were in rehearsal before we went on the air and the cameras were not running.  Basically the only people that saw the infraction occur were the player’s caddie, me and my cart driver.  Apparently of the four of us I was the only one who knew that a violation had occurred. Not knowing what my responsibility was in this situation, I called into the truck asking if I should say something.  The fact that the kid who moved the OB stake had shot the grass off the course in the first round shouldn’t have mattered.  The fact that he was so nervous starting the second round and made double on his first hole shouldn’t have mattered either.  The question, and the discussion from those who write my checks was whether or not I should say anything.

To understand exactly what happened to Tiger on Friday let’s be clear about one thing… television coverage had not begun when Tiger’s violation was discovered.  PGA Tour Entertainment had its cameras filming the early holes to post on PGA Tour.com.  So the footage had to be relayed, edited and posted.  Someone among the group took a hard look at the footage and must have thought that they saw an infraction.  Furthermore they had video evidence and it was forwarded along to the Rules Officials.

You know the rest of the story.  This was not a caller watching on television.  This was a member of the media, or a group of media members inserting themselves into the action.

My little anecdote has an ironic ending in that I actually did end up saying something.  Toward the end of the round when the player in question was going from first to having the weekend off, his caddie walked up and spoke to me behind a green.  Watching his player make a handful of doubles the caddie was just looking for someone else to talk to.  He picked the wrong guy.  I put my arm on my shoulder and asked him if they pulled an OB stake on their second hole.  He sheepishly said that he thought that might be a violation but wasn’t sure.  He informed his player and two shots were added to a score that wasn’t going to matter anyway.  The kid was going to miss the cut either way.  I was off the hook because no one cared anymore, although I suppose I technically violated my boss’ wishes.  Maybe that is why I don’t work there anymore.

Tiger took the penalty and stormed off on Friday insisting that his ball osculated but never changed position.  No one is suggesting that Tiger was cheating.  No one with a brain is suggesting anything of the kind.  There is no clear cut explanation on what the media’s responsibility is in these situations.  Everyone has their own philosophy.  The camera man could have deleted the tape and we never would have heard anything about it.  It would be up to he and Emmanuel Kant to decide whether or not he had done the right thing.

I do believe that there is a right and a wrong here that should be followed… I’m just not smart enough to know what it is.