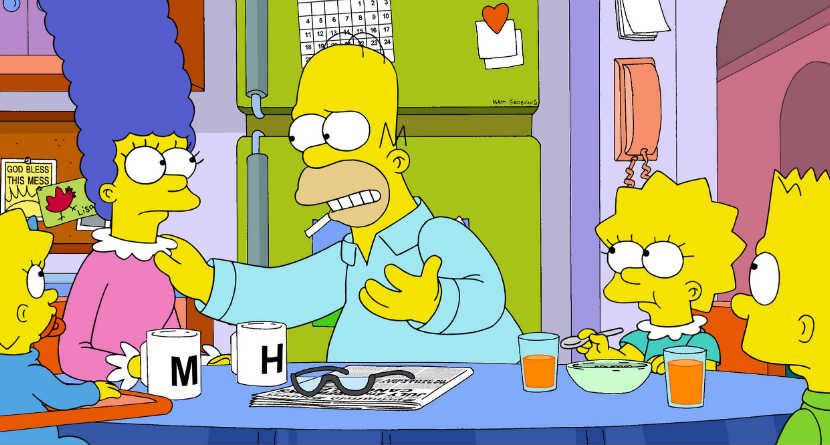 Diehard fans of “The Simpsons” were smiling after FXX began its 12-day marathon Thursday, showing all 552 episodes of the series, the longest-running prime-time show in American television history.

We all have our favorite episodes from “The Simpsons,” which came to FOX’s prime-time lineup in 1990. To celebrate the marathon, we pulled out our favorite golf-related moments from the show’s history:

Simpsons Join the Country Club
Tom Kite made a special guest appearance in a season seven episode in which the family joins Springfield Country Club after Marge decides to become part of the town’s upper class. After the family becomes comfortable at the club, Homer takes on Mr. Burns, who considers himself Springfield’s top golfer. Homer catches him cheating, however, and when he calls him on it, Mr. Burns threatens to remove the Simpsons from the club if anyone finds out. In the end, Marge realizes that the country club lifestyle isn’t quite right for the family but it sure made for a memorable episode.

Lee Carvallo’s Putting Challenge
In season seven, Bart found himself in a predicament when an over-protective Marge disallowed him from playing the hot, new video game “Bonestorm.” When Bart went to the rental store to rent it anyways, the clerk told him all of the copies were out but “Lee Carvallo’s Putting Challenge” was available for rent. Bart refused and instead took the opportunity later in the episode to steal a lost copy of “Bonestorm” at the suggestion of whispers he hears from video game legends Luigi, Sonic the Hedgehog and Donkey Kong. Bart ignored Carvallo, who tried to talk him out of the crime.

Of course, Bart gets caught and gets himself banned from the store. Towards the end of the episode, a proud Marge presents her son, who has now paid off the stolen game, with an early Christmas present: “Lee Carvallo’s Putting Challenge.” Ball Hog: Bart Searches For Lost Golf Balls
When Bart is told by Marge in this 2008 episode that he can’t get a cell phone, he stumbles upon a new self-employed business of retrieving golf balls. As he nears the amount needed to buy a new phone, he heads to a celebrity golf tournament but is scooped by Groundskeeper Willie, who takes Bart’s bucket of balls. When Bart ends up with Denis Leary’s phone, he quits the job and hilarity — like Bart taking a call on the phone as Leary when producer Brian Glazer calls and asks him to star in the film “Everybody Poops” — ensues.

Homer Gets a Pass
In a star-studded season 21 episode — wherein Ryan Seacrest, Simon Cowell and Ellen DeGeneres make appearances — Homer is granted the pass that all golfing men would kill for. Marge pushes him to take up golf after Moe’s Tavern was shut down and he ended up spending too much time at home. When Marge learns that golf widows tend to take a backseat to the game, she changes her mind. Sir Putts-A-Lot Merrie Olde Fun Centre
How could we forget about Sir Putts-A-Lot? So many Simpsons memories took place there. Homer used to work there and rumor has it that Bart was conceived behind one of the miniature golf course’s windmills. In season nine, while celebrating their 11th wedding anniversary, Homer and Marge, uh hum, visit the infamous spot and nearly get caught, only to flee (without their clothes) in a hot air balloon that lands, of all places, in the football stadium while a game is being played.

Bart vs. Todd
We all know that a little wagering sure spices up the game and in “Dead Putting Society,” which aired in season two, Homer and Ned Flanders place a bet on whose son would win an upcoming miniature golf tournament. The stakes? The loser would have to mow the victor’s lawn in his wife’s dress. Sportsmanship wins out, though, as Bart and Todd give up on the 18th hole of the final match, which results in both Homer and Ned having to mow the other’s lawn wearing dresses.

Other Hot Links:
– The Fringe: Fowler Lends a Hand, McIlroy Gets His Swell On In NYC
– John Daly, David Duval Back To Q-School, Thanks To Flawed System
– How Fox Sports Can Change The Way We Watch Golf
– The Golfing Dead
– The Back 9 Network Gets Duck(ed) Up
– Duck Dynasty’s Uncle Si Is No Bubba Watson
– Top 5 Golfers From The ‘Mad Men’ Era