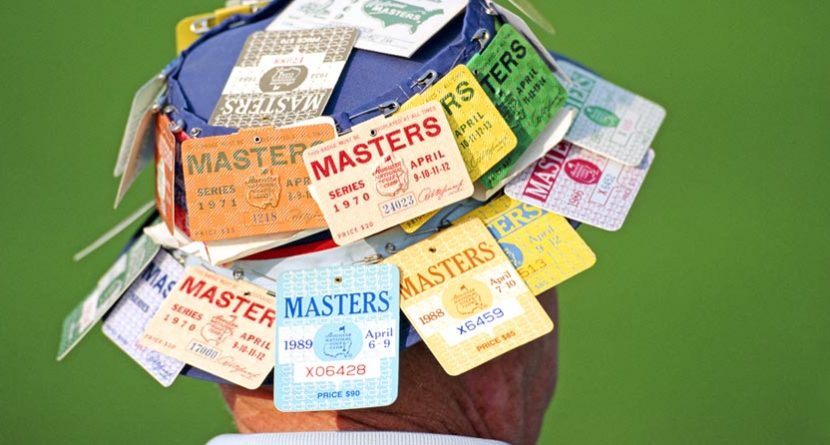 How valuable is Tiger Woods’ presence in the Masters at Augusta National Golf Club? According to a report on Yahoo Sports, apparently about 20 percent of every ticket sold. By our calculations, that could translate to approximately $50 million.

Dan Wetzel reports that merely 24 hours after Woods made the announcement that he will not be playing the season’s first major following back surgery, StubHub.com ticket prices for the event dropped an astounding 20 percent in value. That includes an immediate 10 percent drop in the first hour.

Want to talk hard dollars? Prior to Tiger’s withdrawal, opening round tickets were selling for as much as $1,165 on the secondary market. Less than a day later, those prices dropped to an average of $940, or 19.3 percent.

Wetzel also points out that had the potential of a Tiger withdrawal not been known prior to this week, a completely unexpected announcement would have impacted ticket sales much more severely.

We reached out to StubHub.com to learn more about this incredible drop in ticket sales following Tiger’s announcement.

“Right now, we’re actually still seeing ticket prices dropping due to Tiger’s announcement,” one StubHub.com source told us. “We saw a significant drop [Tuesday] after the announcement and [Wednesday], though not as dramatic, we’re still seeing prices trend down.

“What’s interesting is that the amount of orders has stayed about the same and page views for the event have increased every day. This shows that people are still interested in the Masters but buyers are getting more of a bargain now that Tiger has dropped out. Of course this a small sample size. We won’t see the true effect of Tiger’s withdrawal on ticket prices/sales until we’re closer to the event.”

Our source also confirmed the 20 percent drop, however there is optimism that things will begin leveling off soon.

“Prices dropped over 20 percent after Tiger’s announcement [Tuesday]. Today they’re only down about 2 percent, but it’s still early. My guess is that prices will level off until next Wednesday when we’ll see them drop again. Generally ticket prices drop as we get closer to the event. What will be really interesting to see is how prices will fluctuate during the event heading into Sunday. It will all depend on who’s still in the running. I don’t expect to see prices climb very high now that Tiger’s out.”

Such a dramatic drop in ticket value could have a huge impact on overall tournament revenue. Assuming that there are 35,000 tickets sold for each tournament day (Thursday – Sunday), with average prices rising from $1165 in the first round to $2500 come Sunday, a 20 percent drop in value is big bucks, folks.

While there has never been any question as to Tiger’s impact on sponsorship dollars and television viewership, I am surprised to see a similar trend on ticket sales for one of the most popular tournaments of the year.

What the price drop in ticket value will not affect, presumably, is attendance at the Masters. For every ticketholder looking to sell because Tiger has dropped out, there are likely dozens of golf fans willing to buy.

– Masters Thoughts with Will Ferrell (Video)
– A Look Inside The Green Jacket
– All Shook Up: The Green Jacket (Video)
– Oh, the Places Golf’s Majors Trophies Have Been
– The Odds: Tiger Withdraws From Masters, Rory Assumes Top Spot
– A Tradition Unlike Any Other: Dumb Masters Arguments
– The Masters: 9 Greatest Shots (Video)
– Augusta’s Famed Eisenhower Tree Removed, ‘Ike’ Probably Happy
– The Masters: 2014 Rookie Class
– 2014 Major Venues Not Immune to Winter Blast (Photos)