Tiger Is ‘Moving On’ From Cheating Accusation 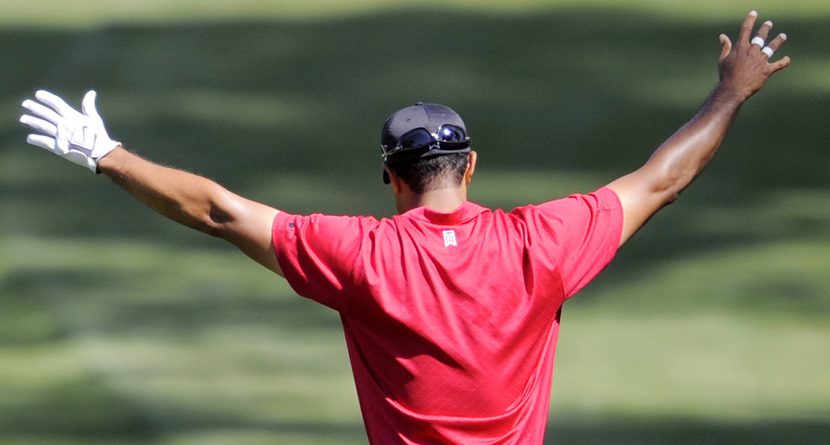 Tiger Woods told reporters before his Match at Mission Hills that the proverbial ball is in the Golf Channel’s court and he is “moving on” from cheating accusations made by a company golf analyst.

“All I am going to say is that I know I am going forward,” Woods told the Associated Press. “But then, I don’t know what the Golf Channel is going to do or not. But then that’s up to them. The whole issue has been very disappointing as he didn’t really apologize and he sort of reignited the whole situation.”

“So the ball really is in the court of the Golf Channel and what they are prepared to do.”

The analyst in question, Brandel Chamblee, has been a long-time critic of Woods and gave the World No. 1 golfer an ‘F’ in Chamblee’s year-end report card. Chamblee later issued a half-assed apology to Woods via Twitter, conveniently following a threat of legal action from Woods’ camp.

Rumors of a potential boycott of the Golf Channel by Woods began swirling on the internet shortly after the incident, to which neither side has confirmed nor denied. Woods’ agent, Mark Steinberg, agreed that now is the time to move forward and stop talking about the incident altogether.

“I’m all done talking about it and it’s now in the hands of the Golf Channel,” Steinberg told the AP. “That’s Tiger’s view and that’s mine, and all we want to do is move forward. And whether the Golf Channel moves forward as well, then we’ll have to wait and see.”

Still, there has been a glaring lack of response from The Golf Channel about the remarks made by someone on their payroll. Chamblee, who also contributes monthly columns to a number of publications, has yet to appear on television since making his ‘cavalier’ insinuation about Woods’ recent bouts with golf’s rule book.

For a full recap of this story, be sure to read B9N’s Jenn Bosworth’s column here and Jon Ackerman’s coverage here.