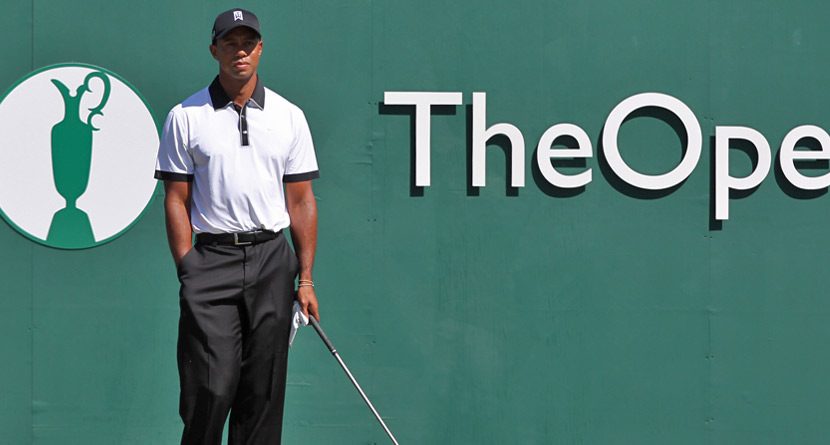 Tiger Woods is reportedly hoping to return to competitive golf at the 2014 Open Championship in July, according to an article appearing on the Golf Channel website.

Woods has been out of commission since undergoing lower back surgery to repair a pinched nerve in March. He announced his procedure on April 1, just days prior to the Masters.

According to the report, Woods’ agent, Mark Steinberg, has stated that his star client has had “zero setbacks” during his recovery period and suspects Woods to return “sometime in the summer.” An unnamed source in the report suggests the July 2014 time frame of a return to coincide with the year’s third major championship.

Stay tuned for updates on this story as they become available.