Tiger Woods Has New Nike Covert 2.0 Driver In His Bag 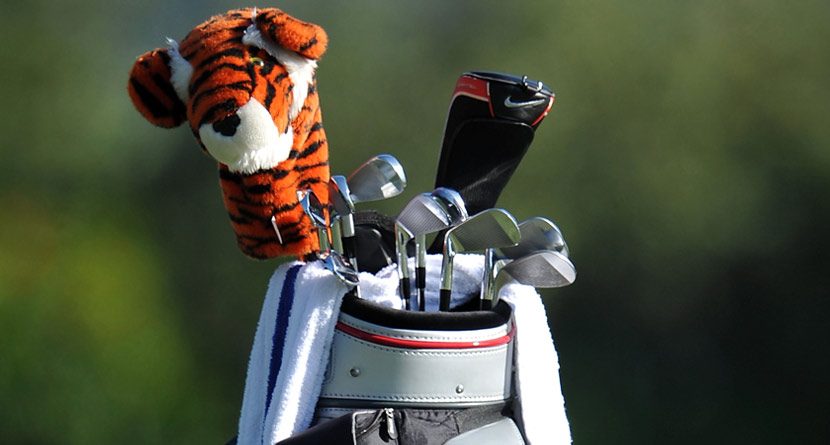 Nike Golf equipment has gotten some undeserved flack as of late due to the poor play from Rory McIlroy (prior to his win last week in Australia) and some questionable shots from World No. 1 Tiger Woods. Having reviewed many of their clubs throughout the year, I can safely say they are some of the most solid clubs I’ve hit in years.

A little something new in the bag this week for @TigerWoods #Covert2 #testmode pic.twitter.com/F0j8A4cRNa

The specs on the Nike Covert 2.0 driver are pretty damn impressive, to put it lightly. Using a new technology Nike has deemed Fly-Brace – which is a support brace inside the clubhead that runs from the crown on top to the sole on the bottom – the Covert 2.0 driver is more stable and consistent than the previous Covert VRS model. (Psst! That basically means you’ll hit more fairways with this version. Pass it along.)

Rory and Tiger chatted about the new Covert driver during their Match at Mission Hills earlier this year, which can be seen at the 2:51 mark in this exclusive video:

Both Nike bro’s have the new big stick in their bag, and it appears to be working well for both players.

UPDATE — Woods seemed to enjoy his new Nike Covert 2.0 driver at Sherwood last week, capping off a tournament where he drove the ball extremely well overall (39 of 52 fairways hit, or 75 percent).

Jason Sobel reported on Sunday, Woods had nothing but high praise for his new driver.

“I thought I drove the ball great this week,” he said. “You know, I found a nice driver this week, and very pleased at the changes that I found in that driver. And you know, I think changing the shaft really made a big difference there.”