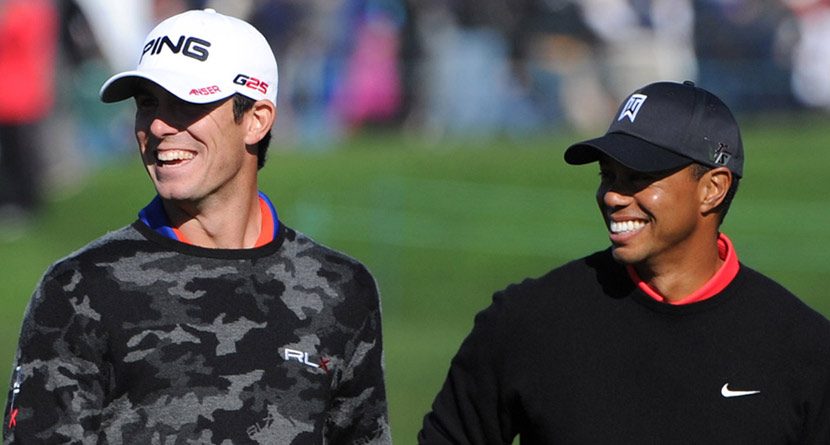 Billy Horschel and Tiger Woods have developed quite the buddy-buddy friendship recently, according to this story from Jason Sobel.

Horschel’s athletic prowess was featured on Inside the PGA Tour, in which he was shown performing 42-inch box jumps (0:57 mark below) and a slew of other manly things. When both he and Woods were warming up on the driving range prior to the 2013 Arnold Palmer Invitational at Bay Hill, hilarity ensued.

“I’m out there warming up and Tiger is on the range, and he comes over and he’s got this big, goofy-ass grin on his face,” Horschel told Sobel. “I said, ‘What are you effing smiling at? What do you got that effing grin for?’ He’s like, ‘It’s true.’ I said, ‘What’s true?’ He said, ‘White men can’t jump.'”

Stories like this warm my heart since it shows how some of the biggest names in a sport are actually human. As Kyle Porter at CBS points out, it is safe to assume that players like Tiger Woods probably joke around like this quite often.