Tiger Woods Out at Bay Hill; Masters In Doubt 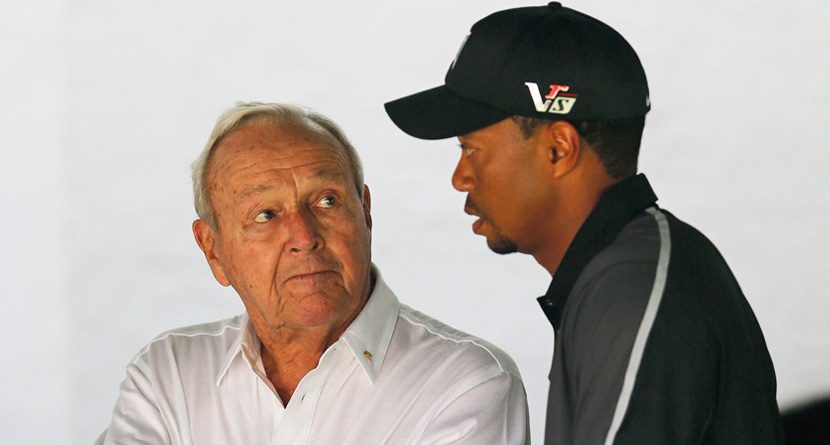 Tiger Woods has won at Bay Hill a record eight times, including the past two years. He will not win three in a row.

The world’s top-ranked player took to Twitter on Tuesday to announce that he has pulled out of this week’s Arnold Palmer Invitational at Bay Hill Club & Lodge in Orlando, Fla.

Called Arnold today to tell him that sadly I won’t be able to play. Back spasms and the pain haven’t subsided. http://t.co/7F8LDAV2Ff

“I personally called Arnold today to tell him that, sadly, I won’t be able to play in his tournament this year,” Woods wrote on his website. “I would like to express my regrets to the Orlando fans, the volunteers, the tournament staff and the sponsors for having to miss the event. Unfortunately, my back spasms and the pain haven’t subsided.

“It’s too early to know about the Masters, and I will continue to be evaluated and work closely with my doctors. I feel badly that I won’t be able to play in this great tournament this week.”

Woods’ back spasms resurfaced earlier this month at the Honda Classic, when he withdrew after 13 holes of the final round. He received regular treatment and competed days later at the WGC-Cadillac Championship, but back issues cropped up again late in the tournament.

“I am certainly sorry that Tiger is not able to play,” Palmer said in a statement. “Quite obviously, we will miss having him here this week. He called me to tell me that his back was still giving him a lot of trouble and he didn’t feel he should play. I told him I understood and wished him well.”

“As Arnold has said, we are very disappointed that Tiger has had to withdraw this week due to injury,” tournament director Scott Wellington said. “It’s unfortunate that he won’t be able to defend his title, but we still have a wonderful field and will still have a great tournament.”

Should Woods actually miss the Masters next month, it would mark the first time in his career that he doesn’t compete at Augusta National; he’s played every year since 1995. In 19 appearances, Woods has finished in the top eight 13 times, and he’s collected four green jackets.