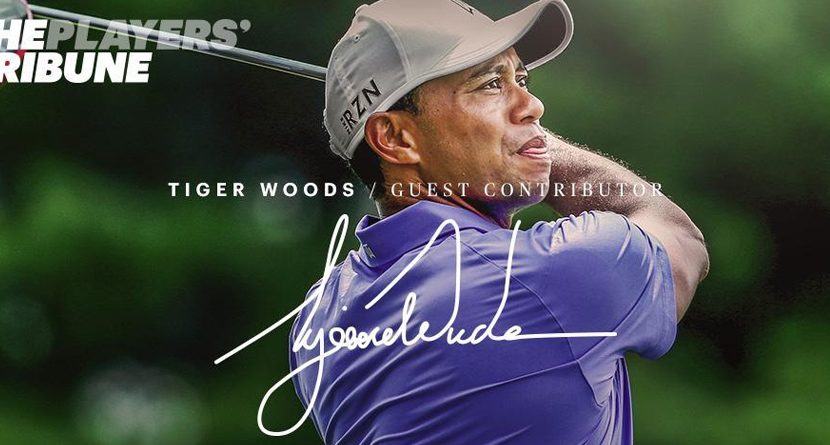 Tiger Woods doesn’t often respond to negative stories written about him. And he rarely tweets. But on Tuesday, he did both.

Woods isn’t happy with a recent Q&A that appeared in the December issue of Golf Digest. It’s actually a fake Q&A, as concocted by longtime golf journalist Dan Jenkins, and it’s accompanied by photos of an actor dressed to look like Woods.

Woods didn’t find any of it funny, so he penned his defense, which was published on The Players’ Tribune, a website created by Derek Jeter in which athletes are the writers and editors. The title of Woods’ article: “Not True, Not Funny.”

“Not True, Not Funny” — a piece by @TigerWoods http://t.co/1DEO2U1NBf pic.twitter.com/R5Hr7MTtNT

Woods then tweeted it out to his 4.12 million followers:

Most things in the media you let slide, but sometimes you can’t and shouldn’t. Read my @PlayersTribune piece http://t.co/u0511anhGJ

Woods’ primary issue is that this fake interview crossed the line:

All athletes know that we will be under scrutiny from the media. But this concocted article was below the belt. Good-natured satire is one thing, but no fair-minded writer would put someone in the position of having to publicly deny that he mistreats his friends, takes pleasure in firing people, and stiffs on tips—and a lot of other slurs, too.

In the Q&A, Jenkins repeatedly takes shots at Woods’ game and personal life. Shots that Woods and his management team think are slanderous. Prior to publishing the article on ThePlayersTribune.com, Woods’ agent, Mark Steinberg, sent a letter to Golf Digest publisher Mark Townsend.

Jenkins puts words in our client’s mouth saying variously, that he has contempt for tipping, enjoys firing employees, is unable to make business decisions, isn’t smart, disregards his friends, and is personally dishonest.  But these things aren’t jokes, they are character slanders and ones for which Jenkins has no basis whatsoever.  If there is some tangible way that Jenkins believes any of these things, then he ought to have the integrity to state it outright.

Steinberg concludes by requesting a formal response to his questions and a written apology.