Tiger Woods To Miss Ryder Cup To Rest Ailing Back 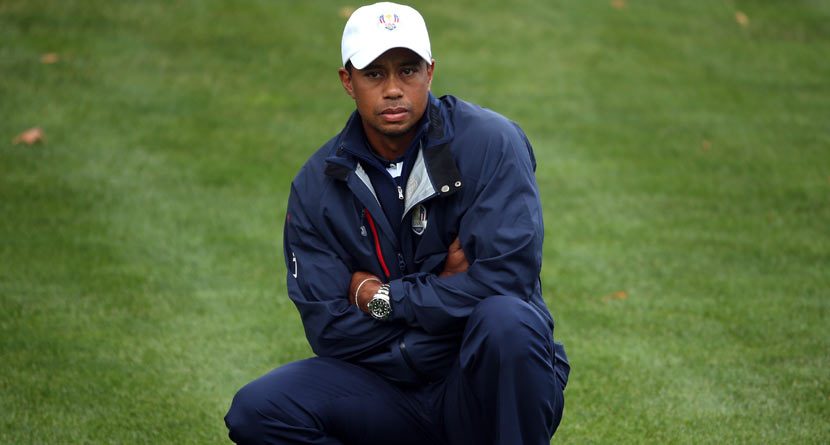 In a move that may be shocking to some golf fans, Tiger Woods has officially informed the PGA and U.S. captain Tom Watson that he does not want to be picked for this year’s Ryder Cup team.

Tiger gave some reasoning behind the announcement in a statement on his website:

“I’ve been told by my doctors and trainer that my back muscles need to be rehabilitated and healed. They’ve advised me not to play or practice now. I was fortunate that my recent back injury was not related to my surgery and was muscular only.

“I have already spoken to Tom [Watson] about the Ryder Cup, and while I greatly appreciate his thinking about me for a possible captain’s pick, I took myself out of consideration. The U.S. team and the Ryder Cup mean too much to me not to be able to give it my best. I’ll be cheering for the U.S. team. I think we have an outstanding squad going into the matches.

“I plan to return to competition at my World Challenge tournament at Isleworth in Orlando, Florida, Dec. 1-7. It’s an event that’s important to me and my foundation, and it will be exciting to be playing again.”

Tom Watson also released a statement in response to Tiger.

“My primary wish is for Tiger to be healthy and competitive, and I hope that he’ll return to the game very soon,” Watson told the PGA. “Of course, I’m disappointed that Tiger Woods has asked to not be considered for the U.S. Ryder Cup Team, and that his health is not where he would like it to be.

“However, I think we can all agree that we need Tiger Woods in this great sport, and he has taken the high road by informing me early on in the selection process.”

Various reports prior to Wednesday’s announcement suggested that Tiger reached out to Watson earlier in the week specifically requesting to be picked for the team. Without a doubt, this new development was likely the right decision not only for Tiger and his health, but possibly for the overall quality of the U.S. Ryder Cup team this year.