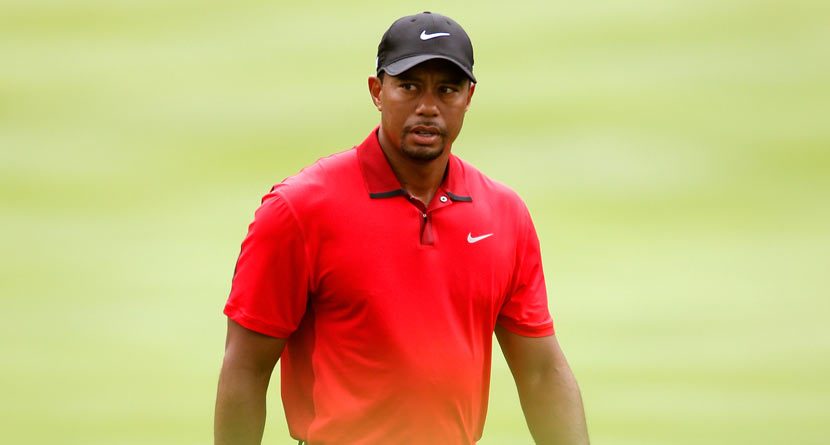 Tiger Woods came into the week at Firestone Country Club looking to collect PGA Tour career win No. 80 and to build some momentum for next week’s PGA Championship at Valhalla. Unfortunately, the only thing building following his week is Akron is speculation.

Woods withdrew from the WGC-Bridgestone Invitational midway through his round on Sunday citing back spasms.

“It happened on the second hole when I hit my second shot,” Woods said before leaving the course on Sunday. “I fell back into the bunker — I just jarred it, and it’s been spasming every since. It’s just the whole lower back. I don’t know what happened.”

Woods is just 18 weeks removed from back surgery at the end of March. After missing the Masters and the U.S. Open during recovery, he returned to competition at the Quicken Loans National at Congressional — but the results haven’t been there. In three events since returning, Woods has been a non-factor, missing the cut at Congressional, finishing 69th at the Open Championship and now, withdrawing at the WGC-Bridgestone Invitational.

Three events into Woods’ comeback and there are more questions than answers. Will Woods be ready for next week’s PGA Championship? Can he still get into the FedExCup playoffs? Will Tom Watson still pick Woods for the U.S. Ryder Cup team?

Time will tell, but questions like those — and ones about whether or not he came back too quickly — will likely permeate the news until an announcement is made about his status.