With A New Look, TPC Scottsdale Is Ready For Raucous Fans 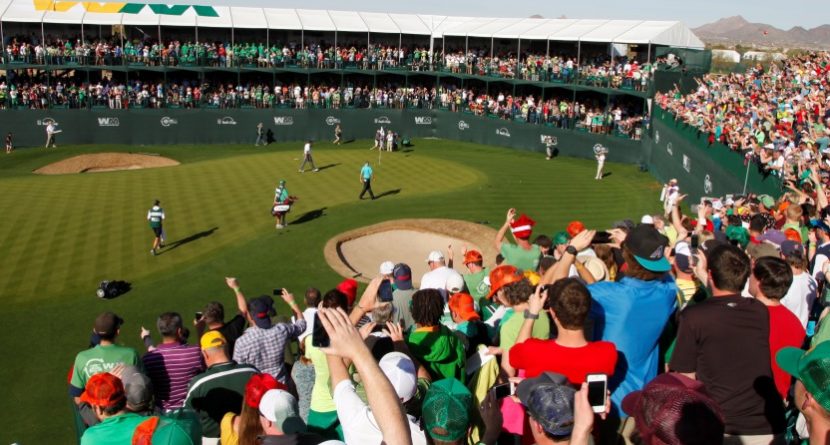 The “Greatest Show On Grass” got some new grass, and now it’s ready to once again host the wildest golf tournament in the world.

A major renovation of the Stadium Course at TPC Scottsdale, home of the PGA Tour’s Waste Management Phoenix Open every year during the week of the Super Bowl, is complete re-opened to the public in November. If you’ve never played TPC Scottsdale, the fall might be the best time of year to go and now the course looks better than ever.

The City of Scottsdale began renovating the Stadium Course and clubhouse last April, and both sites were available to the public again starting Nov. 14. Tom Weiskopf, the 1973 Open Championship winner and the original architect of the Stadium Course, oversaw the project.

“The time had come to update the Stadium Course at TPC Scottsdale to provide a more modern and state-of-art tournament course for today’s tour players,” Weiskopf said in a release. “These changes will also position the club to continue as the leader in the competitive Scottsdale resort and daily-fee market.

“The golf course and clubhouse improvements will provide a long-term asset to the city of Scottsdale, while enhancing the venue for the world’s largest-attended golf event, the Waste Management Phoenix Open.” As part of the facelift, all 18 greens were resurfaced; all tee complexes were reshaped and reseeded; new green locations were built for Nos.  2, 3, 4 and 14; No. 13 underwent significant fairway and green modifications; other select bunkers were relocated or reshaped; the renovated bunkers were filled with white sand; more than 250 trees were planted; new cart paths were laid down; and a new irrigation system was installed.

Meanwhile, the clubhouse got more space for locker rooms and meeting rooms, as well as other upgrades to the interior.

If you’re really itching to play the new-look track, re-opening weekend rates are $229 plus tax.

Or you could play the adjacent Champions Course for $146 plus tax ($106 at twilight), unless you’re a Scottsdale resident, for whom the price drops to $87 plus tax ($68 at twilight).