Trick Shot Trio Is Back, This Time With Two-By-Fours 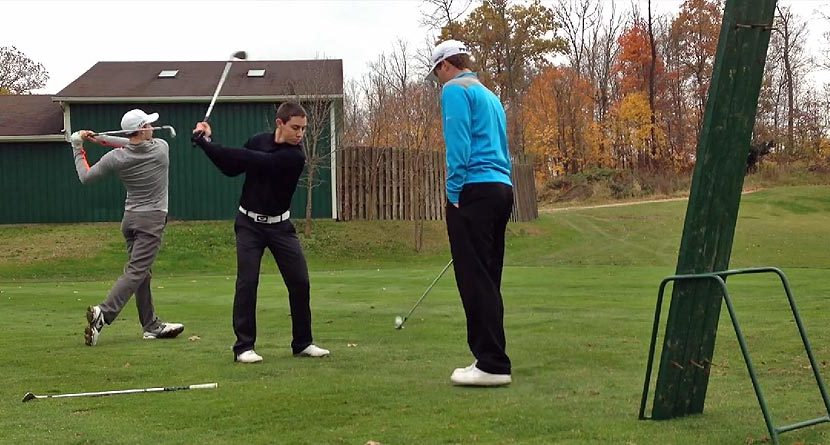 Trick shot teams are becoming widely popular, and you definitely won’t hear any complaints from us. Dude Perfect was one of the first, followed by the dynamic duo of the Bryan Bros. Both are ridiculously good at what they do, but there may be a new squad in town.

Although the group remains nameless at the moment, University of Mount Union golfers Justin Schoen, Nick Popely and Michael Kelly have come together to give us some great trick shots. We saw the first one last month — which was later crowned as No. 1 on ESPN’s top plays one night — and now they’re back with a video that’s even better.

This is one of the more complex trick shots we’ve seen, somehow incorporating a two-by-four (hence the “2 by fore” title). The passes of not only the balls, but the clubs as well, were flawless. And all done so nonchalantly.

Here’s to hoping we see more from this unnamed, yet extremely talented crew.