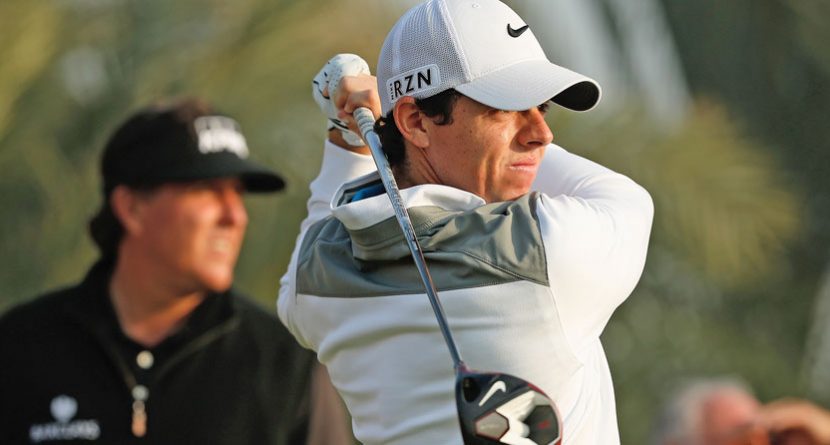 With the U.S. Open set to tee off Thursday at Pinehurst No. 2 in North Carolina, Rory McIlroy remains the favorite in Las Vegas. But at odds of 10-to-1, we’re not seeing much value in the Northern Irishman.

While McIlroy’s game may be rounding back into form and well-suited for the U.S. Open, golf handicapper Cam Stewart has issues with his putting game. “Doesn’t matter if it’s in Europe, doesn’t matter if it’s North America. I can’t take him because there’s no value on him,” says Stewart. “He misses too many short puts.”

Another player near the top of the oddsboard Stewart is crossing off his list is Phil Mickelson. While Lefty has spoken about his ability to block out distractions created by his legal situation, and the LVH SuperBook’s Jeff Sherman told The Linemakers last week that the insider trading probe hasn’t influenced his oddsmaking, Stewart is avoiding Mickelson at his relatively short price.

“Sorry Phil, I can’t take you in this tournament,” says Stewart. “When those legal hawks are all over you, where there’s smoke there’s fire. I can’t take him at 15-to-1. You gotta do better than that.”

Stewart offers up a pair of potential plays, one among the favorites, the other a longshot.

Henrik Stenson, at 25-to-1, is “one of the best golfers in the world,” Stewart believes. “He’s cool as a cucumber, not one of these guys who’s a powder keg of emotion. He can go out there and par-par-par, and that’s what you have to do at the U.S. Open. I really like the big Swede; he hits it a mile.”

A few other notables

Stewart isn’t high on Jason Day, listed at 25-to-1 odds, as the Australian’s game is not tailored for Pinehurst. “He’s more of an Augusta player,” says Stewart. “… He’s going through some injury problems, too. I just can’t take him in this tournament.”

It’s imperative to consider the motives of the United States Golf Association when wagering on the Open. The USGA wants the leaders around even par. With that in mind, The Linemakers’ Brian Blessing and Stewart both like Jim Furyk at 30-to-1. He lacks distance off the tee, but he’s accurate and can hang around the leaderboard when he’s on his putting game.

Says Stewart, “How many times have we seen recently him knock down 25-, 30- 35-footers. He keeps it in play. If his putter’s rolling, watch out.”