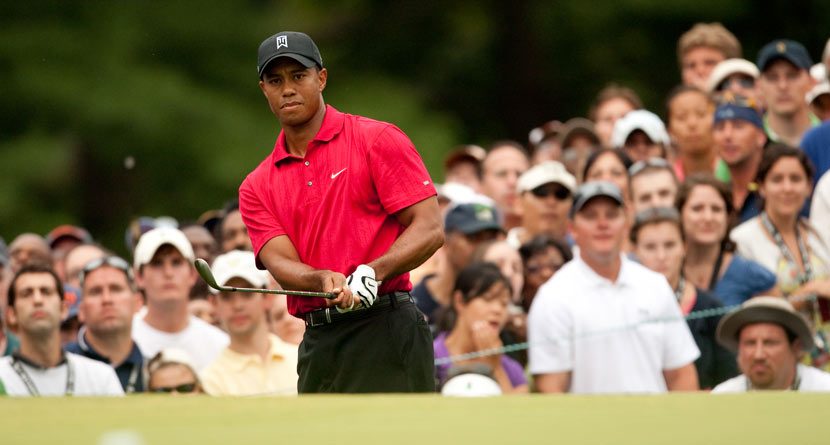 If you’re hoping to go to the U.S. Open this year, you’ll be happy to know that it won’t require a second mortgage on your house. Tickets for the 2014 U.S. Open at Pinehurst are miniscule when compared to prices from a year ago, and it could have something to do with a certain man in red’s absence.

It’s well known that Tiger Woods will miss the U.S. Open this month, and his presence will be missed by those attending, as well as those trying to sell tickets.

“Prices have definitely dipped on StubHub for the U.S. Open compared to last year,” said StubHub’s Cameron Papp. “It’s what we call the Tiger Effect. There is no athlete in the world that has more of an effect on ticket prices than Tiger Woods.”

Although he won’t be in the field this year, just about every other big-name golfer will be, and these prices are too low to turn down.

“If you’re a die-hard golf fan and the U.S. Open is on your bucket list, this is the year to go,” Papp said. “You won’t see Tiger, but you’ll get a relatively great deal.”

If you’re looking to just make a day trip and watch the first round Thursday, ticket prices are as low as $62. Last year’s average price for a Thursday ticket: $285.

Granted, the 2013 U.S. Open at Merion was located just outside of Philadelphia, a huge metropolitan area. Pinehurst doesn’t feature quite the same big-city venue, which could cause ticket prices to fall. Fewer tickets were available last year as well, driving demand (and prices) through the roof.

It’s hard to determine if the absence of the biggest name in golf or the location caused prices to fall, but as a golf fan, low prices are quite enticing. Not to mention, the final round falls on Father’s Day, and U.S. Open tickets would make a great gift (hint, hint).