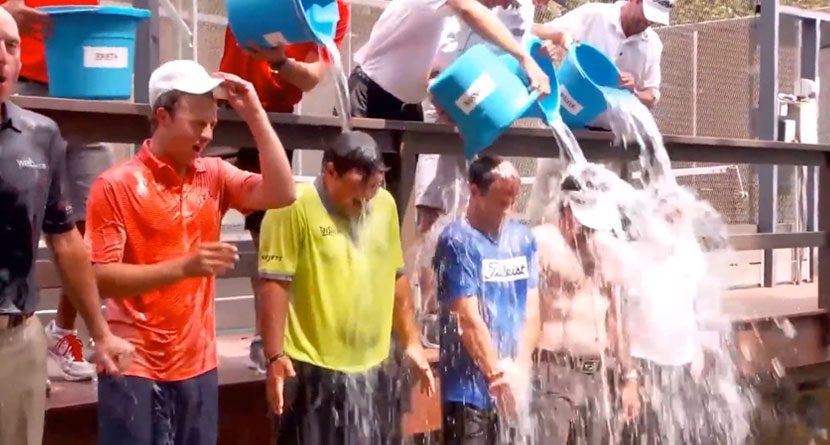 There’s no denying the popularity of the ALS Ice Bucket Challenge, especially when it comes to the game of golf. From Rory and Tiger to Bubba Watson, to PGA Commissioner Tim Finchem, the Challenge has no doubt taken the PGA Tour by storm.

The current roster, which includes Rickie Fowler, Jim Furyk, Jordan Spieth, Patrick Reed, Zach Johnson, Bubba Watson and Jimmy Walker, took the challenge ahead of Round 1 at The Barclays at Ridgewood Country Club.

As Fowler says in the video, the group also intends on donating to the cause at ALSA.org.