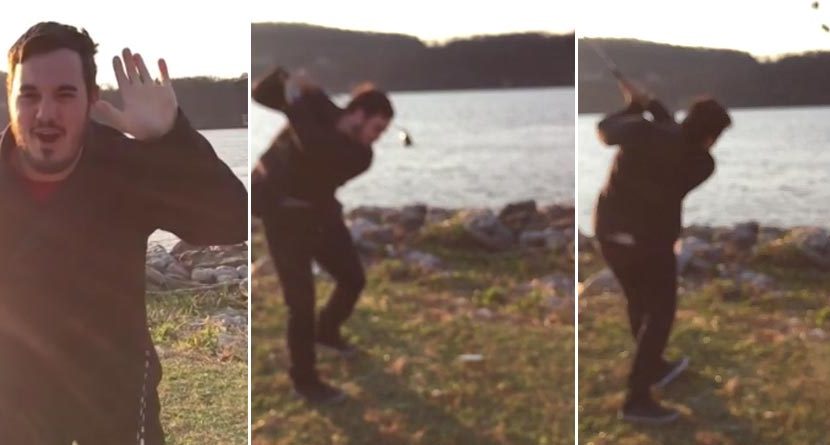 Technology doesn’t always work the way it should and that makes people angry. Really angry. And when people get angry at things such as smartphones, those smartphones break.

In this particular instance, one man was fed up with the performance of his iPhone 5. Instead of bringing it to Apple’s Genius Bar like most people, he sent it packing with a 9-iron and a John Daly-esque swing.

I’ll go out on a limb here and say that’s probably not covered under AppleCare — nor will he be able to call Apple with his phone at the bottom of the Hudson River.

If this guy ends up buying a new iPhone 6, there are plenty of cool golf apps for him to download. Something tells me he might go with a Samsung, though.