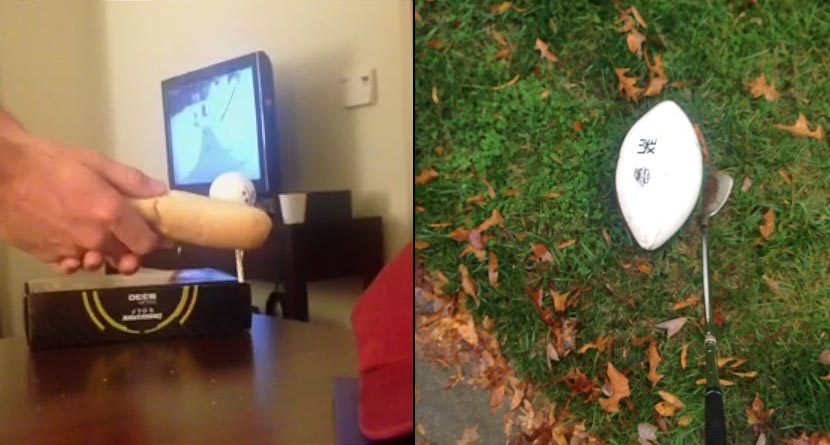 Trick shots in the world of golf have become second nature. We’ve all tried them, whether it’s the classic “Happy Gilmore” swing or the no-look, between the legs putt. William Rainey, however, has mastered the art, using a wide array of objects.

Rainey, a student-athlete on the golf team at the College of Charleston, discovered a new use for one of those savory Olive Garden breadsticks.

Breadsticks aren’t his only tool of choice, though. Rainey’s true talent comes when a golf club is put in his hands.

Hitting a golf ball into a basketball hoop from that distance would be impressive, let alone draining it with a football.

Rainey decided that shot was too easy using both of his hands, so he decided to take it a little further.

Rainey, who was the No. 1 ranked high school player in North Carolina in 2012, also has some skill hitting what you’re supposed to hit in golf: a golf ball. He just chooses not to hit the ball off of the ground every time.

Here are the rest of his trick shots, ranging from ping pong balls off of kitchen utensils, to tennis balls off the roof into a basketball hoop.

If the guys over at Dude Perfect are looking for a new member of the team, William Rainey would make a nice addition. After all, he’s no stranger to a new environment, finishing tied for fifth in his college golf debut.