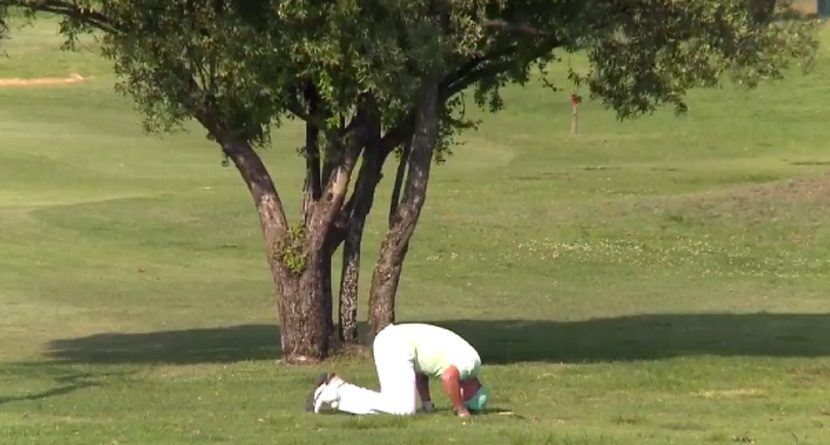 Jacques Kruyswijk may be playing on the Sunshine Tour, but when he hit this shot where the sun don’t shine, he probably wanted to curl up and die.

We’ve all made a 7 before, but it probably didn’t hurt this much! @jakesgolf62 pic.twitter.com/IRp0rsIycA

These types of shots always go through our heads when we’re trying to hit that crazy shot up against a tree or attempting to thread the needle, but unfortunately it became reality for Kruyswijk last week.