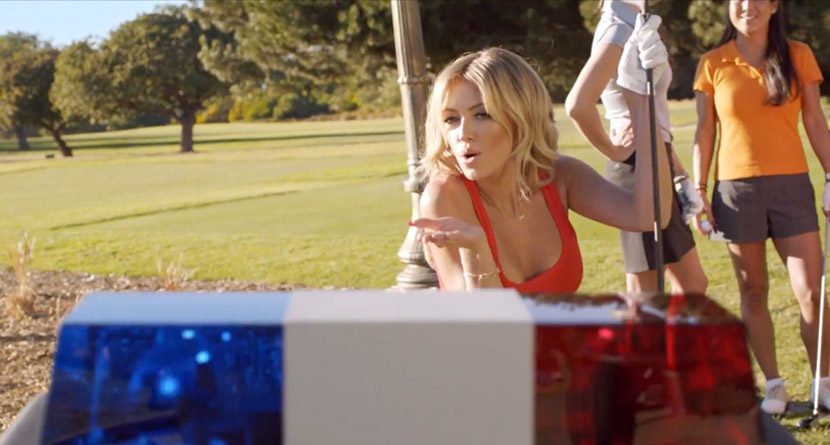 Our long, cold winter just got a little warmer.

Ever since the world learned that PGA Tour star Dustin Johnson was dating Paulina Gretzky, the two have been inseparable both on and off the golf course. Now, TaylorMade, one of Johnson’s sponsors, has just released a new commercial featuring Gretzky.

Before we go any further, we’re going to need someone to explain what kind of police vehicle is depicted here. It seems smaller than a golf cart, and definitely not a regular cop car.

You…you all do realize there’s a police “car” in the video, right? You know, that part of the commercial that isn’t Paulina Gretzky? (We completely understand if it just registered in your brain as “the thing that got in the way of me watching Paulina.”)

Paulina confirmed the filming engagement a couple weeks ago, posting this picture to Twitter.

Such a fun day on set with @TaylorMadeGolf !! Can’t wait to see the commercial pic.twitter.com/nMJrcFpKbq

There is no doubt fiancé Johnson got the wheels turning on Paulina’s inclusion in the commercial. She may be considered the unofficial First Lady of Golf before too long.