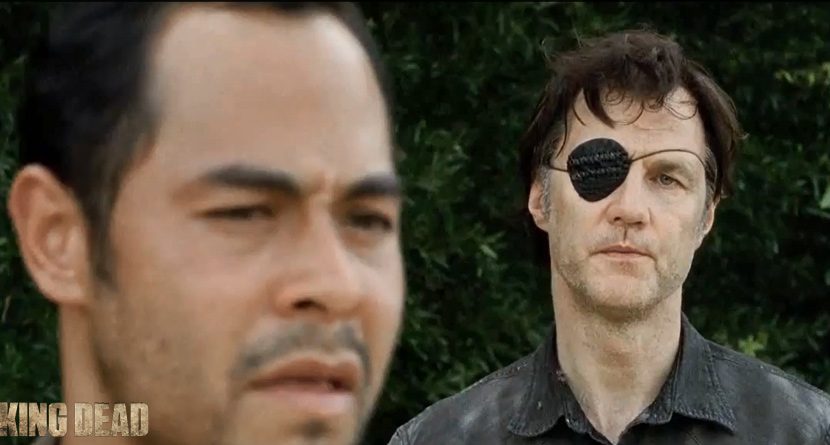 It’s been known for while that golfing is a pretty popular way to blow off steam during the zombie apocalypse. Will Smith used it in “I Am Legend” and golf has previously been seen in episodes of “The Walking Dead” for recreation, as well as to take out a walker.

Earlier in the season, Back9Network released a Golfer’s Guide to the Zombie Apocalypse and, with the latest episode as evidence, it’s clear that the Governor has seen the guide.

Okay, so it wasn’t a zombie on the receiving end of the club and technically a group of blood-thirsty walkers did the actual killing, but the golf club played a key role in the job. While many people have been expecting a change in the Governor’s demeanor, his taking out Caesar Martinez with the help of a wedge of interminable loft, it doesn’t seem like he’s going to be making much of a change any time soon — despite his recent, shall we say, “good” behavior. The signs of an internal struggle are evident and should be fun to watch in the coming episodes.

Check out the behind-the-scenes look at the making of the episode and the golf club scene.

Behind the Scenes of The Walking Dead: The Making of ‘Dead Weight’
(Fast forward to the 1:47 mark for the making of the golf scene.)

Related Links: The Golfers Guide to the Zombie Apocalypse