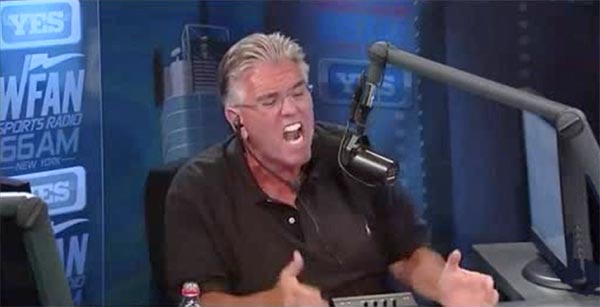 After beating some of the world’s best golfers – including Tiger Woods – to win last weekend’s WGC-Cadillac Championship, Patrick Reed sparked a debate by stating he believes he should be considered among the best players in the world.

“I’ve worked so hard, I’ve won a lot in my junior career, did great things in (my) amateur career … and now I have three wins out here on the PGA Tour,” Reed told NBC during his now infamous post-round interview. “I just don’t see a lot of guys that have done that, besides Tiger Woods, of course, and, you know, the other legends of the game. It’s just one of those things, I believe in myself and – especially with how hard I’ve worked – I’m one of the top five players in the world.”

Whether you agree with his statement or not, Reed deserves credit where credit is due. The victory didn’t necessarily propel him to the top five, but it did put him in contention for the FedExCup, as he currently sits at No. 3 in those standings and also sits 20th in the World Golf Rankings. He also joined a short list of players to have achieved three PGA Tour victories before turning 24, including Woods, Phil Mickelson, Sergio Garcia and Rory McIlrory.

On Tuesday, just minutes after the New York personality announced that his popular WFAN radio show will begin simulcasting on FOX Sports 1 and 2 later this month, Francesa spent the next half-hour yelling and debating Reed’s “cockiness” with his listeners and callers. Francesa not only took issue with Reed’s proclamation, he also questioned Reed’s strategy in which he used a 3-iron off the tee instead of a wood on the 18th hole with a two-shot lead.

Basically, Francesa believes if Reed is really a top-5 player, then he should be hitting a wood off the tee instead of an iron.

Of course, Francesa’s rant didn’t go without some callers suggesting that the radio host wasn’t as knowledgeable about the sport of golf as he thought he was, considering the strategy Reed used resulted in a victory.

“Tell me someone else who’s 23 years old and has three victories on the tour doing what he did,” one caller said.

Francesa angrily responded, “I have no problem with the strategy. I understand course management, but what you can’t do is lay up on the par 4, hit the ball 218 off the tee and then proclaim yourself one of the greatest golfers in the world. That you can’t do because it shows you had no guts and you had no ability to hit the ball down the middle with one of your woods.”

Reed is gearing up to compete at the Masters, where his play will certainly be watched closely by his critics, as well as the rest of the field, as he attempts to back up his strong talk with a win at Augusta National next month.