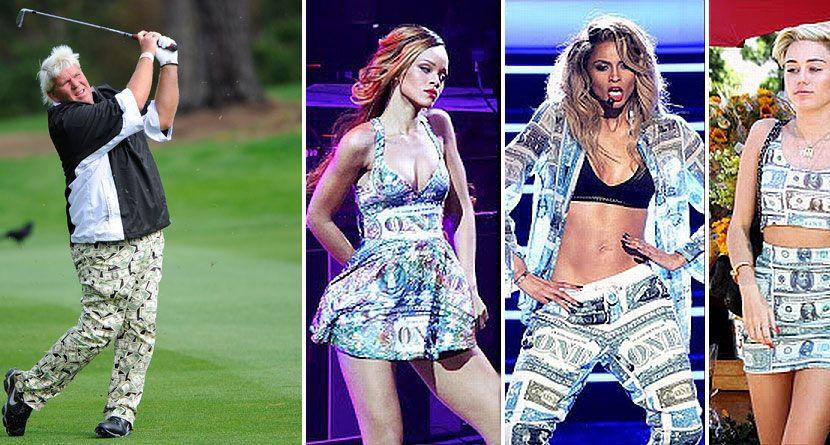 Hold on a second… where have I seen that pattern before? As our friends over at @GolfProblems cleverly point out, Mr. Daly and Lady Cyrus may have been cut from the same cloth. Quite literally, mind you.

But wait, there’s more! It looks like everyone is getting jumping on the money train. So who wore it better, golf fans? John Daly, Miley Cyrus, Rihanna or Ciara? We need this debate settled immediately if not sooner.