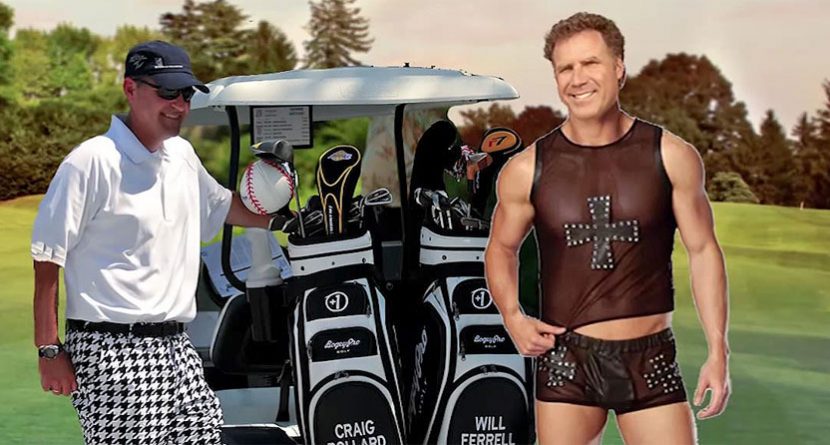 Pinehurst No. 2 was completely restored to make the course longer and more challenging, but apparently Ben Crenshaw and Bill Coore didn’t make it tough enough … at least according to Will Ferrell. The man behind the mustache of Ron Burgundy can always be relied on to give the boldest predictions and thoughts on golf, and his ideas for the U.S. Open were on par.

Unfortunately for Ferrell, it’s likely too late for the grounds crew to install pits full of snakes and barbed wire. Not only that, but it would likely go against everything the USGA stands for to release hungry “big-game cats” on the course.

I’m not too sure golf purists would be happy with his idea for new golf attire. For some reason, I don’t think the whole mesh tank-top and short-shorts look would catch on, nor would it be allowed anywhere near a PGA Tour event. Sorry, Will.

He might not have the best grasp on past U.S. Open champions (no, Nolan Ryan did not win the U.S. Open), but he did pick a solid name to win this year’s event.

Jason Dufner, already a PGA Championship winner, is looking for his second major championship win and Ferrell thinks it could come at Pinehurst. After all, who doesn’t love Duf Daddy’s laid-back charisma?