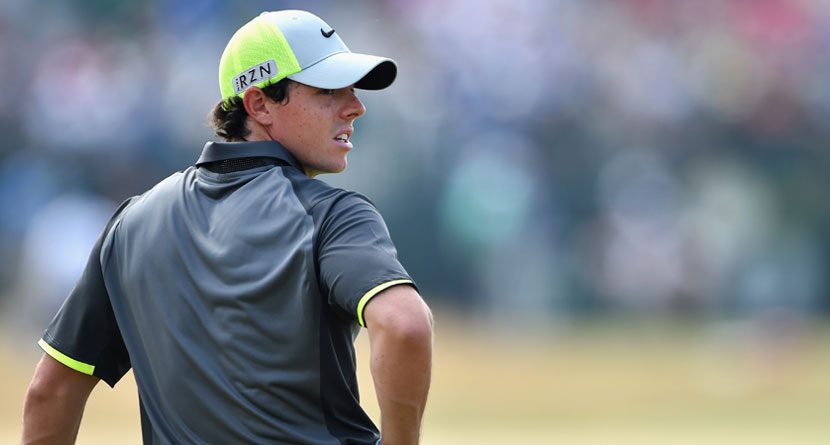 Jack Nicklaus holds the most coveted record in golf with his 18 major championships. It’s the number every golfer chases and hopes to pass one day, but for almost all of them, it will remain an unattainable dream.

Related Link: By the Numbers: Tiger Woods vs. Jack Nicklaus

It takes more than just talent. You have to remain healthy for the majority of your career, in addition to staying mentally strong on and off the course. Put simply: You have to be extraordinarily great.

Tiger Woods has come the closest to Nicklaus’ record, but has sputtered since winning No. 14 at the 2008 U.S. Open. That’s not to say he hasn’t come close to claiming No. 15, though. He’s had nine top-10 finishes in majors since 2009, with six of those being in the top five. Just a few years ago, though, it seemed nearly inevitable that Woods would pass Nicklaus. But things have since changed. Reaching 18 is becoming more and more difficult for the 38-year-old Woods as years pass.

He’s only getting older, and while 64-year-old Tom Watson has shown us that you can still compete at a high level deep into your career, recent injuries have played a role in Woods’ pursuit. Not to mention, there’s some stiff competition out there.

McIlroy won his third major at the Open Championship on Sunday, and it’s stirred up a boatload of questions surrounding his chances of becoming the next great golfer.

At only 25 years old, McIlroy has many years of golf ahead of him. And he’s already joined Woods and Nicklaus on an exclusive list as the only three golfers to win three majors by the age of 25.

“Rory has won three majors in four years, which is pretty good,” Harrington told Independent.ie. “If he continues to win at that rate, he’ll have a very successful career. He could be competitive for the next 20 years … and that’s 15 more majors.”

If Harrington’s prediction is correct, that would give McIlroy 18 major championships. While it seems like a bold statement, McIlroy appears to have the game to back it up. Like Harrington said, he’s won three majors in four years. That alone is quite an accomplishment.

And he’s received plenty of support from the Golden Bear, himself.

Has McIlroy supplanted Woods as the most likely player to pass Nicklaus? Maybe not yet, given he’s still 11 majors behind Woods. But that doesn’t mean he won’t eventually. Who knows? McIlroy could be in pursuit of Woods’ name, rather than Nicklaus’, at the top of the list one day.

It’s going to be a great 15-plus years of golf, and McIlroy is certainly going to play a large part in that.