With Not Much Else To Do, Tiger Woods Masters Video Games 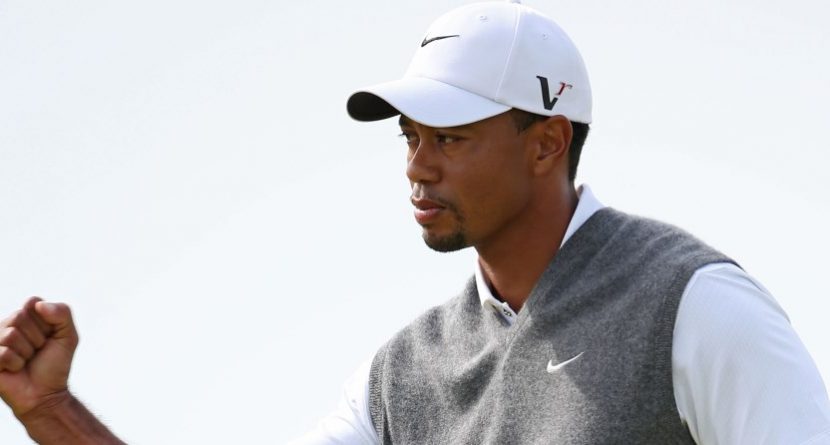 Tiger Woods says his back surgery was “debilitating initially,” the rehab is “tedious,” and overall his situation is “frustrating.” But he’s improving markedly in one area.

“I’ll tell you what; I am damn good at video games,” he said.

If he saw this downtime coming, maybe he would have tried to keep his “Tiger Woods PGA Tour” video game franchise going with EA Sports.

His comments came Monday from a press conference for next month’s Quicken Loans National, an event which benefits his foundation. The actual tournament runs June 26-29, and it would be great for Woods to play in a tourney he’s hosting. But he wouldn’t say whether or not he’d compete at that event, or the U.S. Open that takes place two weeks prior.

“There really is no timetable,” Woods said. “I think that’s been kind of the realization to all of this, is that there’s no date. It’s just take it on a daily basis. It’s not going to be up to me whether I play or not, it’s going to be up to my docs. I want to play now. It would be nice to be able to go out there today and play.” Instead, Woods continues to do what he can on the golf course, which is chip and putt. And actually, it’s a relief that he’s able to do that much, because there was a time when he wondered if his golf career might be over.

What’s up in the air these days is not if he’ll return, but when and at what level.

“When I come back and start ramping it up, how far am I away from being explosive? Do I still have that capability of hitting the ball like that? But once I start feeling like that, I don’t think it would take more than a couple weeks to where I can get out there and feel like I can compete,” Woods said.

Woods and his agent, Mark Steinberg, have indicated that he hopes to return this summer, and sources have said the target date is the season’s third major, the Open Championship from July 17-20. Woods hasn’t competed since March 9 at the WGC-Cadillac Championship, and on April 1 revealed that he’d had back surgery to repair a pinched nerve in his back.