With Win, McIlroy Would Be The Greatest FedExCup Champion Ever 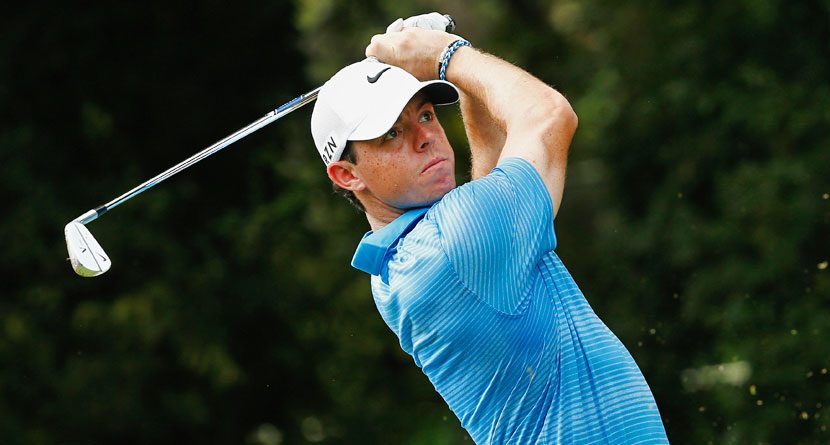 For all the knocks on the FedExCup when it began back in 2007, the format continues to improve and make post-major championship golf interesting. Sure, the term “playoffs” can be a bit misleading at times, but if the idea of the FedExCup playoffs is to draw interest to golf after the PGA Championship and keep the players interested as the season winds down, it’s a job well done.

Related Link: How Does Rory Measure Up to Tiger?

On Sunday, Rory McIlroy has a chance to complete a dream season. But more than that, he has a chance to be the greatest FedExCup champion yet. Don’t believe me? Just look at the numbers, especially the major wins and the way he’s closed out his season.

If this were real playoffs, where a team gains momentum the longer it stays alive, Rory is the best possible golf example of this, getting to an almost unbeatable level the last two months.

Since July 20, Rory has started six tournaments, winning three and finishing outside the top-eight just one time, at the post-PGA Barclays. But more than all those numbers, it’s Rory who has a resume that can go up against what Tiger Woods did on his way to the inaugural FedExCup win back in 2007.

(For comparison, the chart below includes a Sunday Tour Championship win for Rory McIlroy)

Basically, the idea behind Rory having the best season ever for a FedExCup champion is comparing seasons between players, and the only argument against McIlroy if he were to win this Sunday at East Lake is what Tiger did in ’07. But, if there is one thing we’ve learned over the years, it’s that majors mean more to these players. And Rory has two — the last two heading to the FedExCup playoffs. And with two other wins — with the Tour Championship pending — it’s a tough argument to make against Rory being the greatest FedExCup champion ever.

On top of that, isn’t the idea behind a playoff winning that final game? For Rory, winning the Tour Championship would be a walk-off victory, and would make him the first FedExCup winner to pick up two majors on his way to the $10 million bonus.

We still have 18 holes to go, but if Rory can outlast Billy Horschel and the rest of the field chasing him, he might be the most solid champion we’ve seen in the eight years these playoffs have been around.