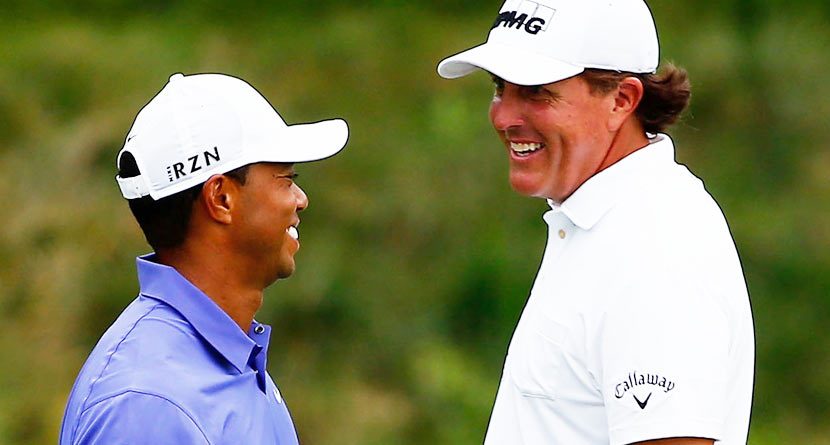 It is, of course, miraculous that Tiger Woods is playing in the PGA Championship at all. Just four days ago he was in so much pain that he was barely able to remove his golf shoes at the WGC-Bridgestone Invitational. For all intents and purposes, his season was over.

Incredibly, he arrived at Valhalla on Wednesday and declared himself fit enough to take part in the last major of the season. Woods is keen to convince U.S. Ryder Cup captain Tom Watson that he is fit enough and playing well enough to get one of Watson’s wild cards picks.

Woods said that he felt in shape to win but, then again, that is part of his make-up. He would never turn up for a tournament and announce that he couldn’t win.

But he started with two bogeys and was 4-over par by the time he reached his 15th hole. His solitary birdie came at his 16th. A 3-over 74 was the last thing he needed to start his challenge.

Woods’ driving was awful and although he holed a lot of good putts, too many of them were for pars and bogeys.

Phil Mickelson, playing with Woods, was 2-over after eight holes and seemingly on his way to another disappointing round, but he didn’t drop another shot all day and picked up four birdies for a 69.

“I came in here playing really well,” Mickelson said, “and then I stood on the 10th tee [his first] and hit a dreadful drive. I was actually pretty lucky not to be out of bounds. I struggled at the start, but when I got to my ninth hole, everything clicked again. Anytime you break 70 around this course you have done pretty well.”