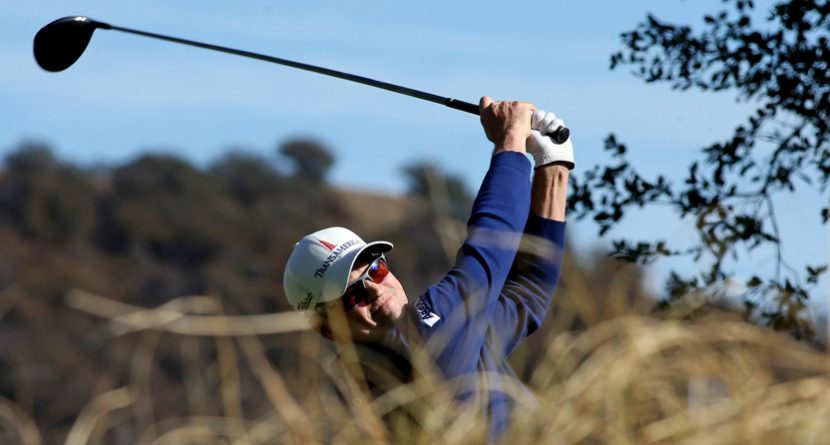 It might not have been a major or even a full-field PGA Tour event, but Zach Johnson’s fourth shot on his 72nd hole at the Northwestern Mutual World Challenge might have been the shot of the year.

Tied with tournament host Tiger Woods at 13-under par on the final hole, Woods had just hit his approach into the right greenside bunker, leaving the door wide open for Johnson to make his move. Instead, Johnson hit one of the worst shots of his career, dumping his approach into the lake.

After taking a drop in the designated area about 100 yards away, Johnson stepped up and hit this beauty:

After Woods also saved par, both men moved on to a sudden death playoff in which Johnson defeated Woods moments later. It was a fitting and exciting end to the 2013 golf calendar year.