Tiger Gets Lucky Break, Capitalizes With Clutch Par Save

Tiger Woods finds himself with his best chance to win a major championship in years on Sunday at Carnoustie Golf Links, but that opportunity wouldn’t have been quite as realistic if it wasn’t for a series of events that unfolded over the final 15 minutes of his third round on Saturday.

? Can he do it? #TheOpen pic.twitter.com/Z5vR9sssaX

Playing the first 14 holes of his third round in 6-under par, which included temporarily holding a share of the lead, Tiger bogeyed the difficult par-3 16th hole and skirted disaster off of the 18th tee when his iron received a fortunate bounce near the Barry Burn on the left side of the 18th hole. With nearly 250-yards to carry the burn short of the green, Tiger opted to lay up.

Left with 85 yards to the pin and needing to get up and down to secure his par, Woods played a marvelous shot that featured a lower trajectory and loads of spin, enabling him to hole the short putt for par and uphold the momentum of his great round.

Swing-U instructor Aaron Ungvarsky explains how Woods was able to hit that perfect approach shot, one that you can definitely use in your own game to keep control over your golf ball.

Hoping for an awesome finish, wouldn’t be possible without a great final approach by Tiger, helping keep the momentum going into the final round. After a tee shot just cleared the hazard, a key up and down from just inside 100 yards was needed to keep Woods within striking distance of the leaders.

So how did Tiger hit the perfect controlled wedge to a tucked pin with a strong crosswind thanks to the changing tide? 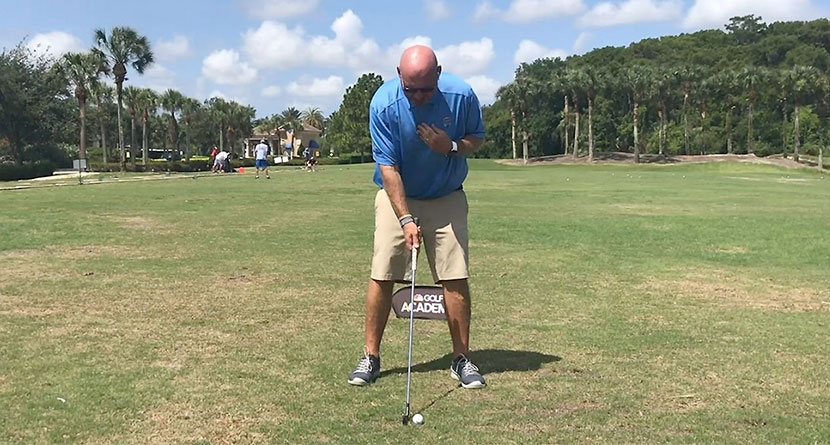