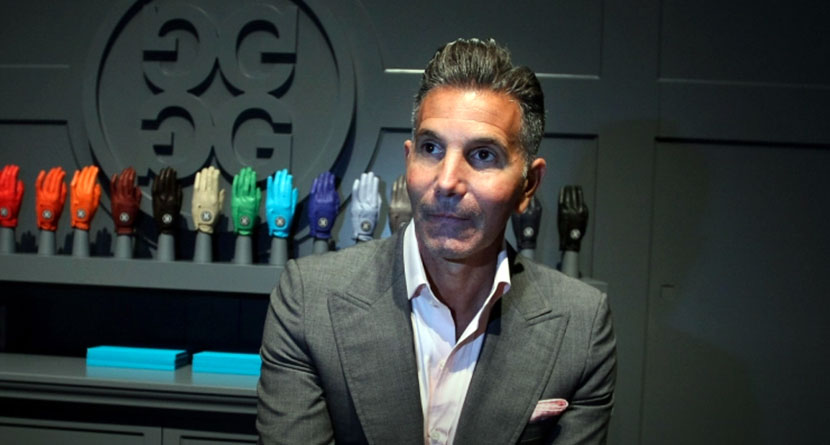 A high-profile golf apparel brand founder will spend the next five months in prison after being sentenced in connection with the college admissions scandal that rocked the sports world last year and even impacted World Golf Hall of Famer Phil Mickelson.

Mossimo Giannulli, a prominent fashion designer and founder of the golf apparel brand G/FORE, was sentenced in federal court on August 21 for paying half a million dollars in bribes for his daughters to gain entry into the University of Southern California, the Associated Press reported.

Giannulli and his wife, actress Lori Loughlin, were sentenced as part of the admissions bribery scandal in which the FBI alleged three organizers, two ACT/SAT administrators, an exam proctor, one college administrator, nine coaches from elite schools, and 33 parents conspired to nefariously gain children entry into prestigious colleges.

Dubbed “Operation Varsity Blues,” the sports world became entangled in this web after various college coaches accepted bribes to “recruit” some students “to designate applicants as purported athletic recruits — regardless of their athletic abilities, and in some cases, even though they did not play the sport they were purportedly recruited to play,” according to court records.

G/FORE is a luxury golf brand that is known for its colorful gloves and fashion-forward clothing. The brand is worn most notably by Phil Mickelson, Bubba Watson, Tom Watson, Thomas Detry and Brandt Snedeker.

Giannulli and his wife were accused of paying $500,000 worth of bribes to USC to have their daughters designated as recruits of the university’s crew team despite neither having any competitive rowing experience.

At the sentencing, Giannulli expressed regret for the harm his actions have caused his daughters.

“I take full responsibility for my conduct. I am ready to accept the consequences and move forward, with the lessons I’ve learned from this experience,” Giannulli said in a short statement.

Of Giannulli’s five-month sentence and his wife’s two month sentence — the sentencing stated that Giannulli was “the more active participant in the scheme,” according to prosecutors — U.S. District Judge Nathaniel Gorton called the verdict “sufficient but not greater than necessary punishment under the circumstances.”

Giannulli launched G/FORE in 2011 and it was acquired by Peter Millar in 2018.

The ring leader of the entire operation, Rick Singer, is facing up to 65 years in jail after he was arrested and plead guilty to four federal charges tied to a scheme. Singer was a consultant of Mickelson’s and helped his family with admissions as well, although Mickelson noted last March that they weren’t a part of the scandal.

“Our family, along with thousands of others, used Rick Singer’s company to guide us through the college admission process,” Mickelson tweeted. “We are shocked by the revelations of these events. Obviously, we were not part of this fraud, our kids would disown us if we ever tried to interfere.”

“He was highly recommended by numerous friends that checked out, so we ended up using him,” Mickelson said. “Where he and his company were helpful was helping our kids, who have such different personalities, to find the best place for them. And then knowing going in what you need to do academically, score-wise, to be able to get there.”

Mickelson’s involvement in the scandal went no further than his association with Singer.