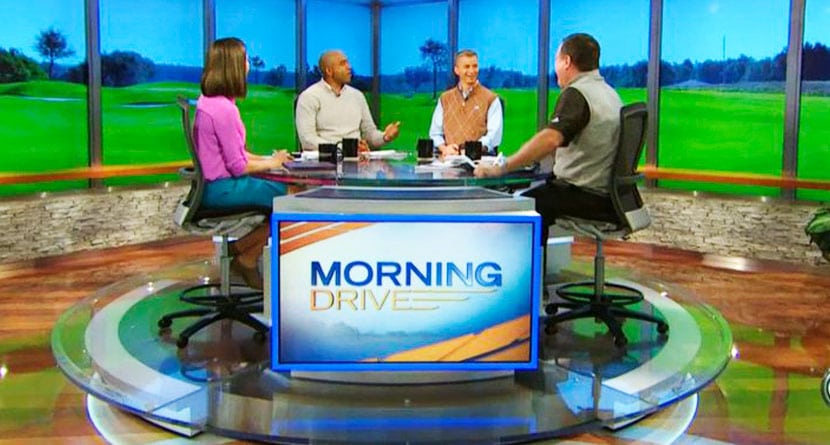 One of the mainstays of golf on television over the last decade has gone off the air for the final time.

Golf Channel’s Morning Drive wrapped up its final episode on Sunday morning, ending a run that began nearly 10 years ago to the day in January 2011, making real for many outside the walls of the Golf Channel headquarters what has already been a staunch reality for many months inside them.

At the end of February, just before the onset of the coronavirus pandemic, Golf Channel made an announcement that they would be beginning the transition from Orlando, where the company has been headquartered since its inception 25 years ago, to Stamford, Connecticut, the home base of NBC Sports Group, which owns the channel.

“Our aim is to be as transparent as possible with our employees, therefore as we began this process we informed teams today that some of our media operations will be transitioning to new locations over the next year or more,” a Golf Channel spokesperson told The Big Lead’s Ryan Glasspiegel in March.

“Geographic consolidation is a growing and sensible trend across the media industry, and as our business continues to evolve, we’ll continue to look for ways to operate as effectively as possible to deliver world-class coverage to our loyal audiences.”

Confirming @NoLayingUp‘s scoop that Golf Channel is moving from Orlando to Stamford, CT, with statement from the network. https://t.co/QnucmLtyjz

The inevitable next steps were walking papers for many talented people at the Golf Channel as only a fraction of the jobs in Orlando were being moved to Connecticut. All the while, outside of the insular golf media landscape, the move has made few waves among the broader audience. That will change going forward as a staple of many golf fans’ morning routine aired its final episode on Sunday, Dec. 20.

So many good memories from Studio AP and ⁦@GCMorningDrive⁩. Really touching send-off today from the crew. pic.twitter.com/tprv1lj34m

Even among the top-tier talent that hosted and contributed on Morning Drive, only a few will make the move north. Among those who isn’t include longtime hosts Gary Williams and Lauren Thompson as well as analyst Robert Damron.

Neither Williams or Thompson have made their future plans known, but Damron said on social media that he will be doing PGA Tour Live commentary occasionally and enjoying card games and Manhattans in the Bay Hill locker room.

Others such as Cara Banks, Damon Hack and Paige Mackenzie are staying with the network, although in adjusted roles.

That’s a wrap! 12 years overall with a company built by a King. Thankful for every moment, knowing I leave ⁦@GolfChannel⁩ as a better person for this chapter in my life. pic.twitter.com/cYe9ZYwvqY

Morning Drive will be replaced in some form or fashion by Golf Today, a recently-announced addition to the Golf Channel lineup, which will co-hosted by former Fox Sports golf host Shane Bacon as well as Golf Channel regulars such as Banks and Hack.

Longtime Golf Channel analyst and Morning Drive contributor Brandel Chamblee gave fans a behind-the-scenes look at the headquarters that would be shutting down during his last day in the building, Dec. 13.