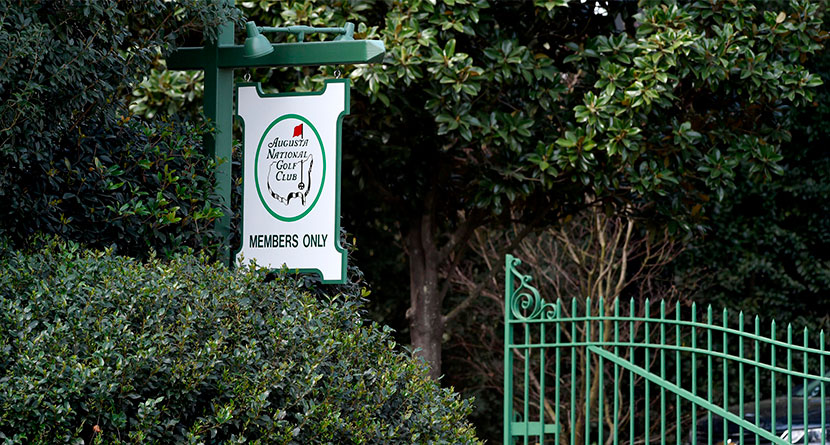 Who among us hasn’t daydreamed about having Augusta National Golf Club all to themselves? Conversely, who among us has actually decided to act upon that fantasy?

According to a Richmond County incident report, 26-year-old Grayson Beveridge did just that on Saturday night.

Augusta National Security contacted the sheriff’s office about an unknown white male seen on their security cameras. Deputies responded to the scene around 11:39 p.m. and attempted to make contact with Beveridge, who took off running towards a bridge on Berckmans Road, which borders the golf course on the west side.

A deputy then spotted Beveridge, who is from the Augusta suburb of Martinez, near Willow Ridge Drive, which is located near Amen Corner and the new extension by the 13th tee. Beveridge again fled, causing deputies to search nearby Rae’s Creek.

He was eventually apprehended near the intersection of Willow Ridge Drive and Berckmans Road.

Once in custody, Beveridge told deputies he was “sorry for running away from them,” according to The Augusta Chronicle. He also said he snuck into the property because he “was bored” and wanted to have “some fun.”

Security said Augusta National will prosecute and Beveridge was taken to the Charles B. Webster Detention Center, where he has been released on bond.

The home of the Masters Tournament is no stranger to run-ins with overzealous patrons, invited or otherwise.

In year’s past, people have been arrested for an array of incidents at ANGC including shoplifting, attempting to jump the property fence to watch Sunday’s final roun, smoking a joint on property, stealing bunker stand, and a personal favorite, impersonating Adam Scott’s father in order to gain entry to Magnolia Lane.

The 85th edition of The Masters Tournament will take place April 8-11, where Dustin Johnson will attempt to become just the fourth player to successfully defend the Green Jacket.