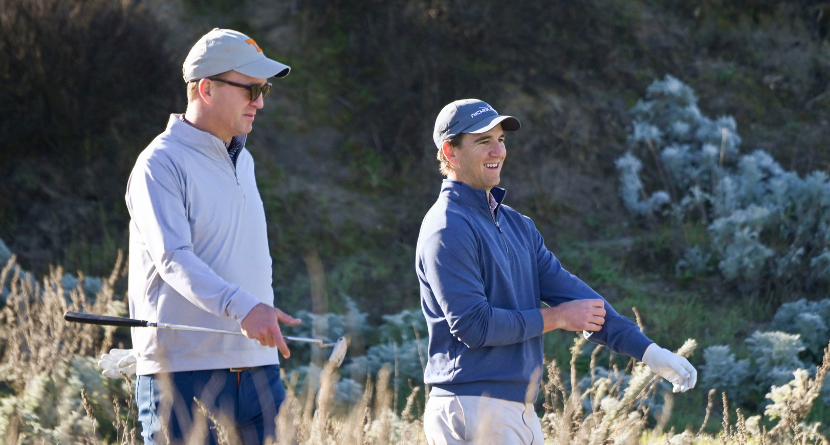 In a Variety report published on Feb. 9, the details of an ESPN contract extension with the brothers Manning, Peyton and Eli, were revealed. And along with an additional year of the “Manningcast” alternate feed for Monday Night Football that will take the groundbreaking broadcast through the 2024 NFL season, ESPN and Omaha Productions are in talks to develop similar watchalong-style feeds for golf, UFC and college football.

“This new agreement allows us to deepen our relationship and explore original concepts to spread that magic to other sports and events,” ESPN Chairman Jimmy Pitaro told Variety. “Ultimately, this will help grow our audience by providing fans with even more creative options that they crave.”

The off-the-cuff chemistry between the two Super Bowl-winning quarterbacks was a huge hit with the Monday Night Football audience in 2021, attracting an average of 1.9 million viewers per game. And a star-studded roster of guests — including Phil Mickelson, Tom Brady, LeBron James and David Letterman — lent the brothers a hand in calling the action.

While both brothers are avid golfers, the Variety report notes that different hosts will be recruited to helm these new “MegaCast” feeds. Let the speculation begin on who might have the chops to match two former SNL hosts who also get to draw upon a lifetime of shared memories. Mickelson has long been considered a natural fit for TV if and when he decides to give broadcasting his full attention, but his relationship with the PGA Tour is on shaky ground at the moment.