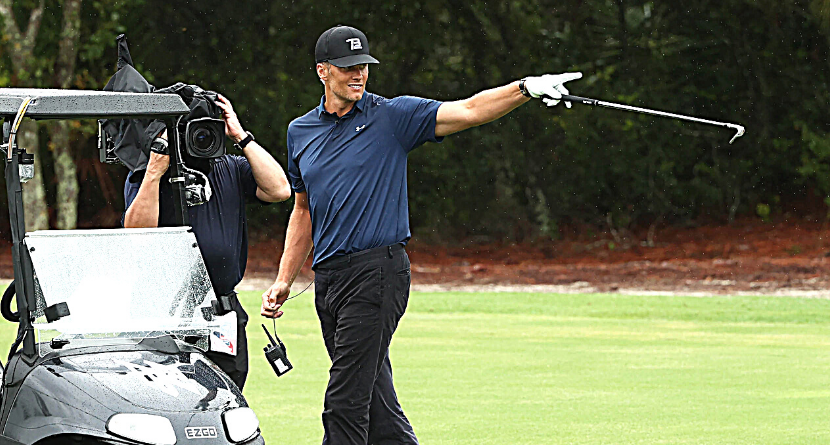 Tom Brady experienced the full spectrum of golf emotions in a matter of minutes during the second edition of The Match, holing his approach from the fairway for eagle and splitting his pants when he reached into the cup to retrieve the ball.

Well, Brady  — the seven-time Super Bowl champ who’s slated to make his third appearance in the event when it airs an all-quarterbacks version in June — has never been one to sit idly by when something isn’t working. And it appears he won’t be letting just any brand outfit him on the links going forward.

The new sportswear company bearing Brady’s name has unveiled its first sport-specific line: a 14-piece golf collection designed with “great function and purpose,” according to Brady. The lineup includes polos, pants, shorts, sweaters, jackets, vests and caps ranging in price from $40 to $195.

Launched in January, Brady apparel aims to “inspire you to be your best, because whatever you do, life is a sport,” a mantra reflected in the 10 name-image-likeness deals the brand struck late last year.

Among the college athletes representing Brady are two golfers, Cole Hammer from the University of Texas and Michael Brennan from Wake Forest University. The two players are featured prominently in the golf section of the company’s website.

Tom Brady will be seeking his first win in The Match when it returns to the Wynn Las Vegas on June 1. He’ll team with Aaron Rodgers in a 12-hole match against the duo of Patrick Mahomes and Josh Allen, but further details about the broadcast have yet to be announced.