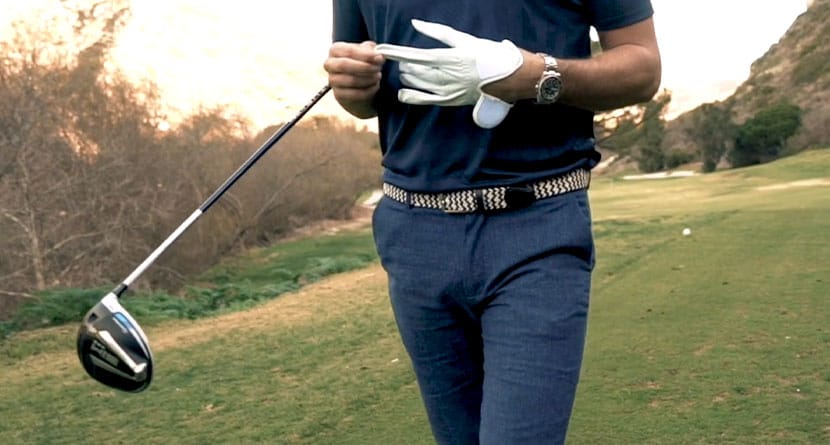 How many golf shirts do you have? A bunch, right? And how many pairs of shorts or pants? More than a few. Now here’s the kicker… how many belts do you have?

For most of us, it’s one or two; a solid, black leather belt, for instance, that doesn’t do anything except hopefully keep your pants around your waist. You’re just the prototypical khaki-wearing golf guy that lacks the sophistication or style that practically all of the top players in the world have evolved into wearing.

It’s not your fault, either. Golf fashion isn’t exactly known for pushing the envelope, but the days of pleated pants and leather belts have even been pushed off the senior tour. It’s time to up your wardrobe and your belt game to match.

If you’ve been paying attention, you’ll see that woven belts have replaced the cracking, worn leather belts of yesteryear and provided a little something for everyone: style with comfort built in, and that’s where Ghost Golf has taken the lead in the marketplace.

Never failing in function, Ghost Golf’s belts bring style and comfort to the course in a way that older, stiffer belts never could. Gone are the days of dried leather cracking or wear marks from forcing the belt prong into one hole year after year.

Ghosts Golf’s woven belts are basically brand new every time you put them on. Whether you had a big breakfast before heading out or you’ve been really good with your diet, the same belt will stretch or constrict with your waistline. Instead of wearing out the last hole on the belt, you have hundreds of woven entry points that will make these belts the most versatile you own.

Aside from the form and function of the woven belts, what set these apart from their competition is the eclectic color schemes available. Of course, you can always stick with the classic black, blue or gray, but there’s also a myriad of mix-and-match colors that can complement your personal style.

Plus, playing to the golfer in all of us, the colors are named in honor of various high-profile golfers who share your affinity for a certain color. There’s Gary, Jordan, Bubba, Rory, Collin, Dustin, Rickie, etc. If you close your eyes and think of a golfer, the Ghost Golf belt named after them most likely would fit the outfit you see of them in your head.

As a big-time gray guy, the classic Gary, the gray Dustin and even the black and white Bryson were easy choices that I knew would complement more than a few of my favorite go-to golf outfits.

As a tweener in pant size, but always an optimist in my journey to be in slightly better shape, I ordered the smaller of the two waist sizes that I bounce between and in trying on the belts, was genuinely pleased with the stretchy nature of the belts.

The style is undeniable and even forced a double-take from my wife when I got ready to leave wearing the black-and-white patterned Bryson belt as opposed to my ol’ faithful black leather belt. And I would be remiss if I didn’t at least mention the packaging that the belts come in: a small black box, slightly bigger than whatever your best cuff links come in and fully rolled-up snake style.

It may seem like a small thing, but it adds to the allure of the product. The belts start at $50, which for something that can be worn on the course as well as off and with a lifespan that will outlast any leather belt you own, it’s an investment in not getting side-eye looks when you wear a golf belt to a black-tie function.

To sweeten the pot, SwingU readers can get 20% off their order at GhostGolf.com by using promo code SWINGU20.