Golf’s Most Impactful Rules Changes For 2022 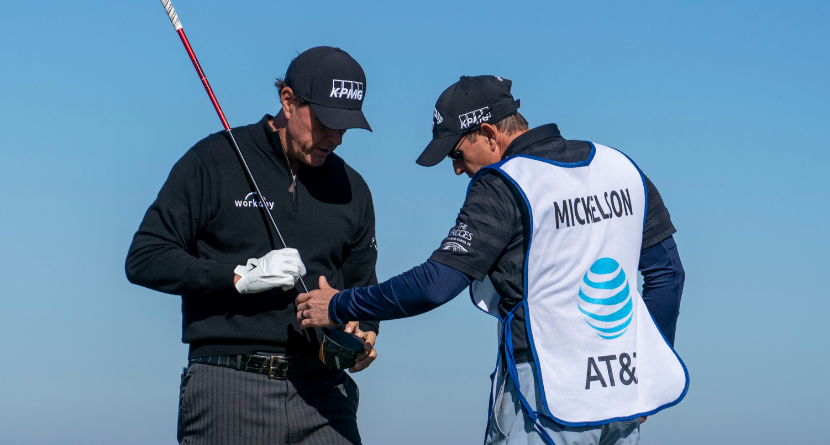 The Rules of Golf, like the Constitution, is a living document, subject to tweaks and amendments and ratifications that allow the game to be governed in lockstep with how it evolves over time. It’s a sort of self-defense mechanism, woven into the fabric of the sport to protect against any technological or competitive advancements threatening to alter the spirit of how golf has been played for the past several centuries.

And every year, new rules are quietly added or subtracted while one or two significant changes attract all the mainstream attention — either for their obscurity or for how they provoke a living legend to throw a thumb tantrum.

Word is USGA is soon rolling back driver length to 46inches.This is PATHETIC.1st it promotes a shorter more violent swing (injury prone,) doesn’t allow for length of arc to create speed,and during our 1st golf boom in 40 years,our amateur gov body keeps trying to make it less fun

That brings us to 2022 and the trio of incoming changes that have loomed large since the USGA and the R&A agreed to implement them at various points last year. By and large, these new rules won’t have much of an effect on amateurs. In fact, there doesn’t seem to be too much rancor among pros — though a very vocal minority has emerged to voice their displeasure.

At the very least, arming yourself with this knowledge will better prepare you for a beverage-aided post-round debate or keep you in the loop when a conversation on a broadcast invariably veers into rules territory. Plus, it’s just good to know the rules, you know?

A local rule, this was the change that famously sent PIP king Phil Mickelson into Twitter hysterics back when it was first floated back in late August. Naturally, Mickelson — who won the PGA Championship at nearly 51 years of age with a driver that was a shade under 48 inches long — views it as a personal affront. And, in fairness, the USGA and the R&A haven’t exactly been shy about their shared desire to get distance under control by a variety of means.

“This is pathetic,” Mickelson tweeted. “First, it promotes a shorter more violent swing (injury prone), doesn’t allow for length of arc to create speed, and during our first golf boom in 40 years, our amateur governing body keeps trying to make it less fun.”

Mickelson’s concerns do raise an interesting question for amateurs: should you seek to put a longer driver in the bag for the reasons Lefty outlined? Well, as SwingU instructor Josh Kelley demonstrates here, it’s possible the driver you have now is already too long for you. It’s actually in keeping with a tour trend to go with a shaft that falls somewhere in the 44-46-inch range, which is part and parcel with a desire among non-bombers to gain an advantage by finding more fairways.

In an effort to put the emphasis back on feel rather than poring over pocket-sized data, the PGA Tour will enforce a new local rule that significantly curtails the use — and accumulation — of green-reading materials for 2022.

Kevin Streelman, a member of the tour’s Player Advisory Council who is perhaps best-known for an otherworldly hot streak on the green, said the decision was unanimous for the 16-player committee.

“Reading greens and analyzing our surfaces is an integral part of professional golf and golf in general. It’s a skill,” Streelman told the Golf Channel back in November when the rule was announced. “We all felt that it was time for [greens books] to go.

To be clear, the books themselves will not be outlawed; players and their caddies will be equipped with a tour-approved yardage book at each individual tournament site containing general information about slopes and other features of the putting surface. Throughout the course of the event, they’ll be able to take their own notes — either through what they personally observe on the course or by watching the telecast. Books from 2021 or earlier can’t be re-used, nor can devices be employed in the gathering of new data.

With the very notable exception of one Bryson DeChambeau, erstwhile scholar that he is, the consensus seems to be this: putting used to be a showcase for a professional golfer’s sublime touch. It’s time for tour pros to dispense with the familiar pose of a smartphone-scrolling teenager and put their eyes and hands to good use.

With name-image-likeness rules taking hold across collegiate sports in 2021, the USGA and R&A needed to make some corresponding adjustments to the Rules of Amateur Status. The key change? No longer will amateurs face restrictions “related to receiving expenses or using one’s name, image and likeness (NIL) to promote or advertise.”

Additionally, the amount of prize money an amateur can accept in scratch competition was raised from $750 to $1000. Accepting cash prizes for a handicapped event remains a no-no.