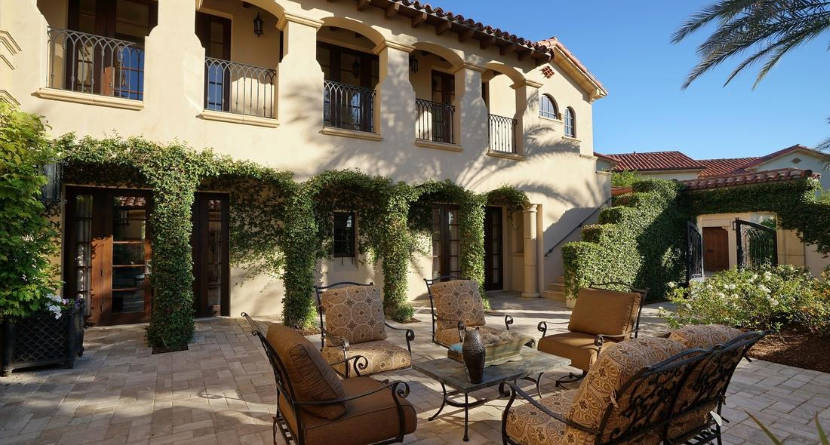 Fred Couples has arguably the smoothest swing in golf and his four-bedroom mansion in La Quinta, California that recently sold was no slouch either. The Chesterfield Villa at the exclusive Madison Club, which he purchased …

(All photos courtesy of The Madison Club)

Golf’s coolest customer, Fred Couples, has listed his La Quinta, Calif. home for $3.95 million, according to the LA Times. The 1992 Masters champion is selling the Mediterranean themed abode after owning the property for the past seven years. The …

We’re just four days removed from the Americans’ defeat at the Ryder Cup and the talk about the U.S. captain at Hazeltine National in 2016 has already begun. Several have lobbied for Paul Azinger to toss his …

Fred Couples has spent his career wowing crowds with his ability on the golf course. With a swing that looks so smooth it could lull you to sleep, yet so powerful it helped spawn his nickname, …

ECCO Golf’s BIOM Hybrid golf shoe is one of the most comfortable on the market. Fred Couples is one of the coolest players on the planet. Wouldn’t it make sense to combine the two? ECCO certainly …

So Happy Together: Fred Couples at Riviera Country Club

You’ve likely heard the phrase, “horses for courses.” For Fred Couples and Riviera Country Club, that is most certainly the case. Related Link: Fred Couples Missed Super Bowl Because He’s Too Good at Golf Couples is …

You seriously never know when you might pop up on social media, especially if you’re somewhat well-known. As such, there was Fred Couples, the coolest man in golf, just chillin’ at the airport when someone snapped …

The Seattle Seahawks pride themselves on having the loudest 12th man in the NFL. So they make it a big deal when raising the 12th Man flag before home games. The coolest man in golf, Fred …

Fred Couples said Thursday after his first-round 68 that left him two shots of the lead at the Masters that he gets “fired up” when he competes at Augusta National. It makes sense, then, for the 1992 Masters champion to be wearing an array of Augusta green this week from outfitter Ashworth. 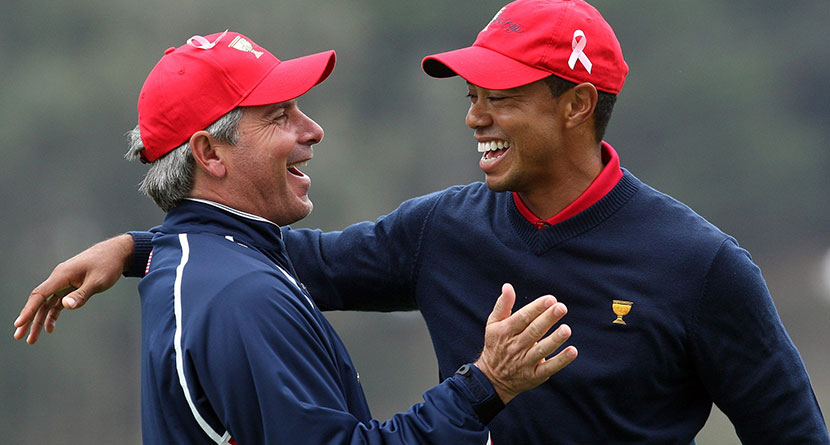 When it comes to Tiger Woods talking about his health, he has a long and consistent track record of downplaying — or in some cases, seemingly lying — about what’s going on with his body. This …

Who Are The Coolest Guys In Golf?

When it comes to being cool on the golf course, nobody does it better than Fred Couples. Now he’s officially been voted as the coolest golfer on any tour. As a recent article in the Chicago Sun Times suggests, Freddy wasn’t even aware of the reader’s poll. ‘‘I don’t know where that was,’’ he said when told of his top coolness ranking. ‘‘On the Champions Tour?’’

There are only 15 players who have ever been ranked No. 1 in the world since the Official World Golf Ranking was formed a quarter of a century ago. Seven of those are already in the Hall of Fame, and one, Fred Couples, is going in this year. There are only two who meet the age minimum and haven’t gotten the nod to the Hall: Ian Woosnam and David Duval. A case could be made for Ian Woosnam with his 29 European Tour wins, impeccable Ryder Cup record and green jacket. No one is making a case for David Duval for the Hall of Fame, at least not yet. 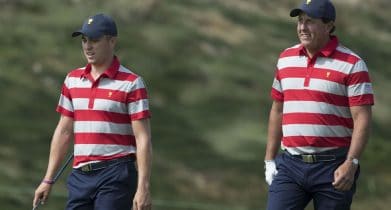 Phil Mickelson will not be competing on a U.S. international competition team in a few weeks at Whistling Straits for the first time since the early 1990s, but until yesterday’s captain’s picks were officially announced, there … 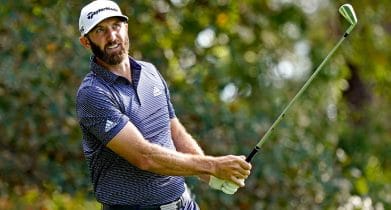 The Part Of Dustin Johnson’s Game Every Golfer Can Clone

While the vast majority of Dustin Johnson’s game is completely out of reach for all of us, his focus on and attention to his pre-shot routine isn’t. Further, in my opinion, this was an important part …