Bogey-Golfer To Single-Digit: Pick Up Strokes On Approach 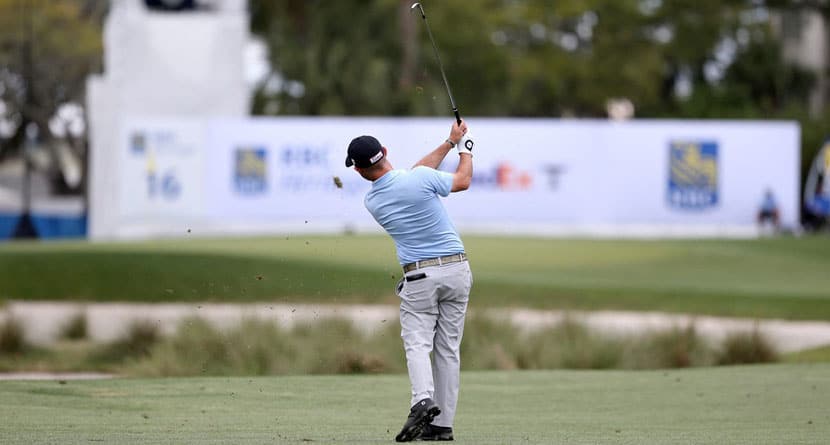 For approach, we need to save 3 strokes. This facet involves the greatest number of long game opportunities – on average 17.6 full swing attempts per round. These attempts are generally split 70% from the fairway and 30% from the rough.

Let’s ignore the sand for now as it accounts for approximately only 1 shot every three-plus rounds. Except to say that when you find yourself in a fairway bunker, it is usually a mistake, so take your medicine, get back in play and avoid doubling the pain. 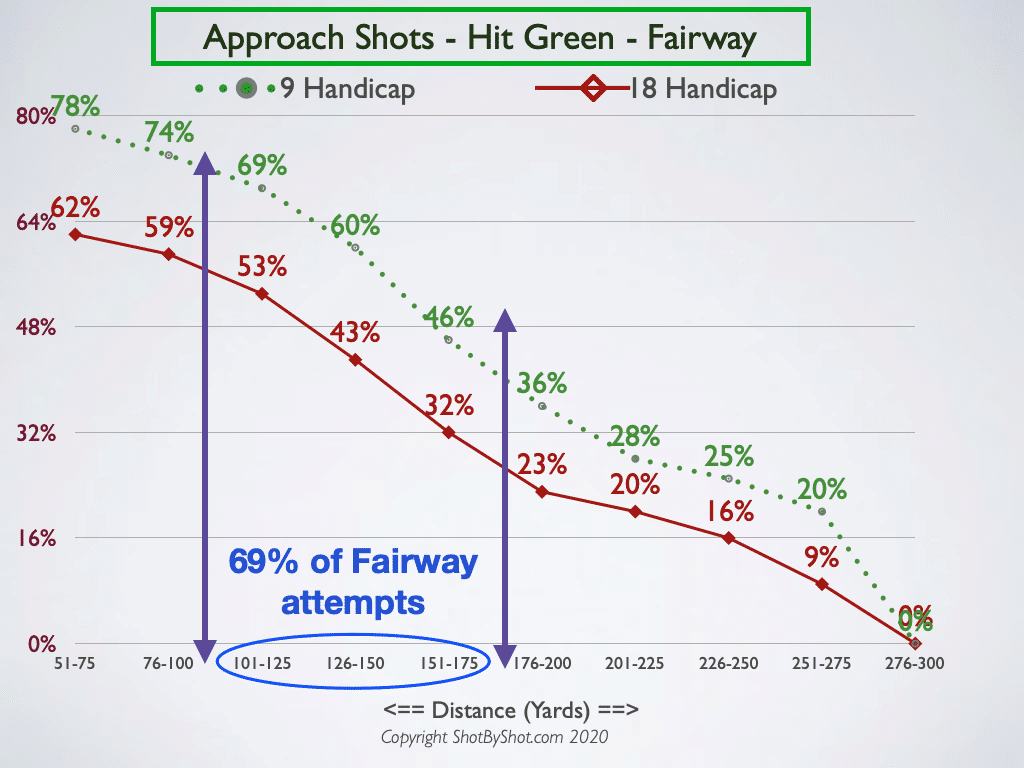 Where to save three strokes? Avoid penalties and that’s at least one stroke. Then hit three more greens in regulation and you are there – Mr. 18 averages five GIR’s vs. Mr. 9’s eight. Obviously, the key is to improve accuracy. 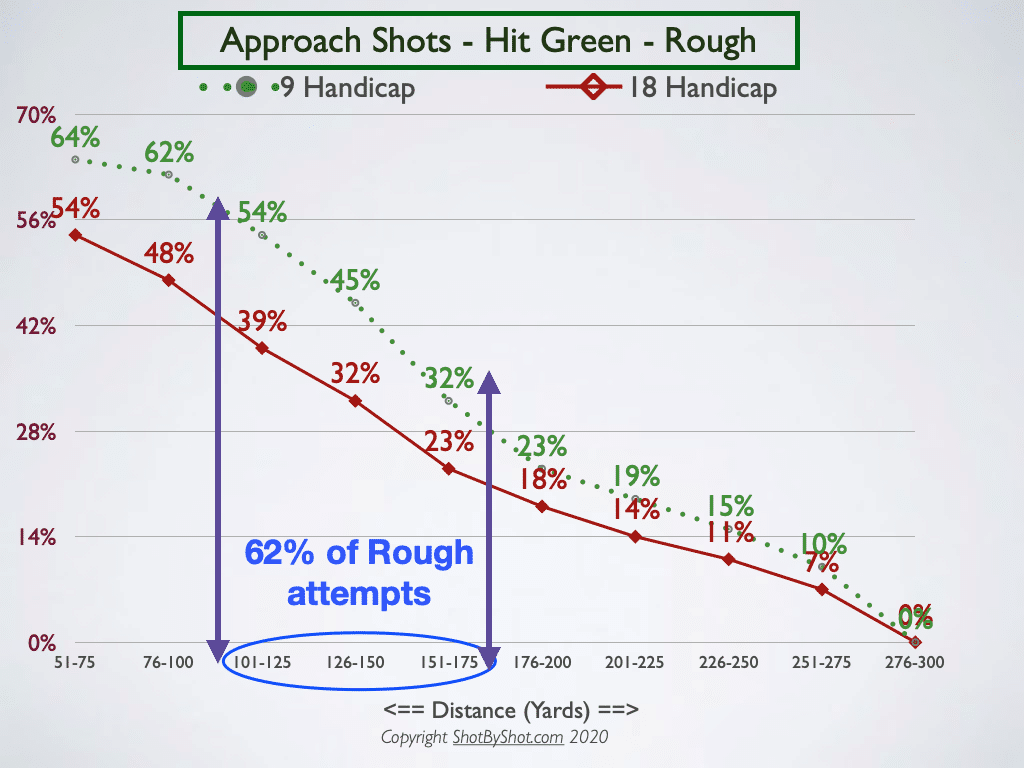 I recommend working on the distance ranges circled in the charts below and devoting 70% of your work to fairway shots. From distances longer than the circled ranges, make smart choices, play within your capabilities and avoid errors and penalties.

At either handicap level, from long-range, you will miss more greens than you hit. Knowing this, work toward “good misses” – the fat side of the green, short but in the fairway, etc.

Finally, my data supports that hitting the green is far more important than worrying about “proximity to the hole,” but that’s another article.