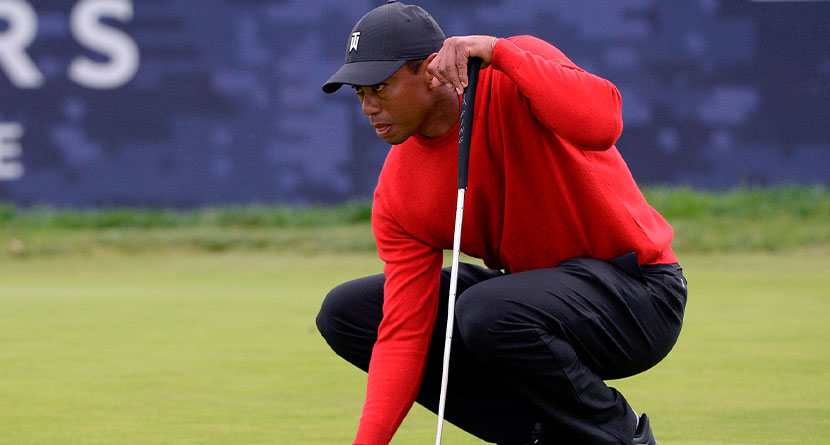 If there has been a silver lining to the coronavirus pandemic shutting down the sports world as we know it, it’s that some of the brightest stars on the PGA Tour were able to take an extended break from the game and get their bodies where they need to be for a restart this month.

Chief among those who the break aided the most was thought to be Tiger Woods. The 44-year-old’s physical health was a major storyline at the beginning of the 2020 season especially given the hectic schedule he had at the end of 2019 and coupled with his noticeable absence at a handful of tournaments in Florida leading up to the U.S. outbreak of the virus.

Woods’ late 2019 included his record-tying 82nd PGA Tour win at the Zozo Championship, followed by hosting his limited-field event in the Bahamas and then acting as a playing captain at the Presidents Cup. Woods only played twice in the early part of the year — at the Farmers Insurance Open (T9) and at his foundation’s event at Riviera where he finished last in the field among those who made the cut.

It would stand to reason that the three-month hiatus the Tour went on would allow Woods to recoup from a grueling past few months and be ready to go for a condensed schedule that features three major championships.

That opinion isn’t necessarily held by one of the game’s most outspoken analysts, Golf Channel’s Brandel Chamblee. The former Tour winner spoke to Golfweek.com’s Adam Schupak in the build-up to this week’s Woods-less Charles Schwab Classic about the return of PGA Tour golf and cautioned about Woods’ biggest liability: his body.

Will Woods play in all three majors this season? Chamblee reveals his opinion. https://t.co/6RbatL7cmu

“I think Tiger in his own way has sort of hinted that whatever events he’s going to play the rest of his career are going to be very minimal,” Chamblee said. “He, I think, is trying to stretch out his body, you know, the wear and tear on his body, and see how long he can be competitive in major championships. … I think he is being very cautious about wearing out his body.

“For the week-in, week-out fan, it’s disappointing we’re not going to see more of Tiger Woods. But I would just say, look, we’ve had our run. Anything else we get from him from an entertainment standpoint is gravy at this point. All of us have gotten to see the greatest golfer of all time and he’s authored two, maybe three of the greatest comebacks the sport has ever seen, so he’s already given us, you know, Secretariat, Brett Favre, Jack Nicklaus all rolled into one. So, what more could we ask for from him?

“But again I look at the Tiger I saw at Zozo and I don’t know that I’ve ever seen him swing better than that. But from a physical standpoint, it’s like his body is a wet grocery bag filled with jugs of milk. You just never know when it’s going to burst.

“The drama really is watching him sort of walk around a golf course. We’re all looking for any sign of injury, and if he shows up lively and ready to go, then it’s game on.”

Woods showed positive signs of a return to form a few weeks ago at The Match: Champions for Charity, the made-for-TV event played alongside Phil Mickelson, Peyton Manning and Tom Brady, but until he has a scorecard in his pocket, it’s hard to deduce much from a hit-and-giggle around his home club.

For his part, Woods has been optimistic in recent interviews, admitting that he had been a little worn down, but would have been ready to defend his title at the Masters, but the downtime definitely helped.

“Night and day,” Woods said of his general level of health. “I feel a lot better than I did then. I’ve been able to turn a negative into a positive and been able to train a lot and get my body to where I think it should be at.”

Where Woods will tee it up next is the biggest question to be answered. Various outlets are tracking the whereabouts of his yacht, Privacy, as it makes its way up the eastern seaboard of the United States towards Hilton Head Island, South Carolina and the site of next week’s RBC Heritage.

He has until Friday afternoon to enter the field at Harbour Town, an event he hasn’t played since 1999.