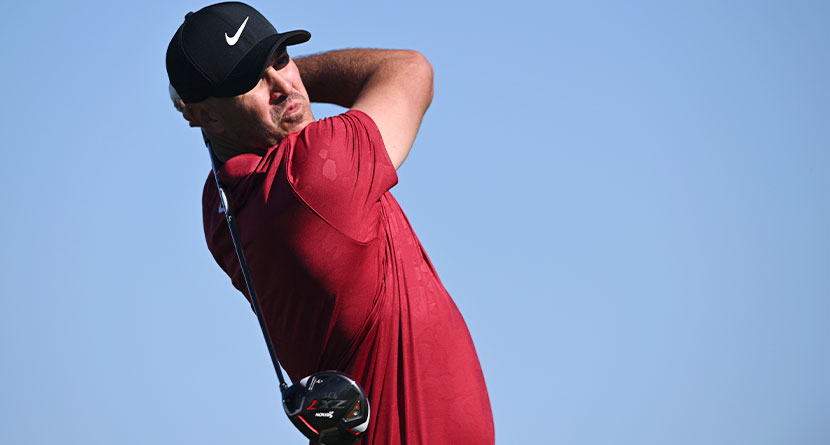 Imagine being embarrassed that you’re only the 20th-best person in the world at your job. So please take a moment of silence for Brooks Koepka.

The four-time major winner and former World No. 1 has somehow allowed 19 players — who couldn’t possibly be as good, if not better than, Koepka — to pass him in the Official World Golf Ranking in the two years since he last held the top spot.

What is Brooks Koepka embarrassed about?

“That’s embarrassing to be 20th, I feel like,” Koepka said, before cutting himself a little slack. “A lot of it has to do with injury, man. I’ve been hurt, on the sidelines, not playing, playing through injury, you can’t compete with guys out here. It’s nice to be somewhat healthy and get out here. I mean I’m not too worried about it, it will bounce back up.”

The best way to climb the world rankings quickly is to play well and win, and Koepka finds himself in position through round one in the Arizona desert, two shots back of the first-round lead after an opening-round 5-under par 67.

“No athlete’s ever a hundred percent, but like I said, if you’re not healthy, man, it’s not easy,” he said. “At the same time, I mean there’s nobody out here that’s shooting to be No. 2 in the world. So if you are, you’re probably shouldn’t be playing. So 19 spots to go.”

Nineteen spots and three more rounds like he had on Thursday will help that OWGR rank rise.