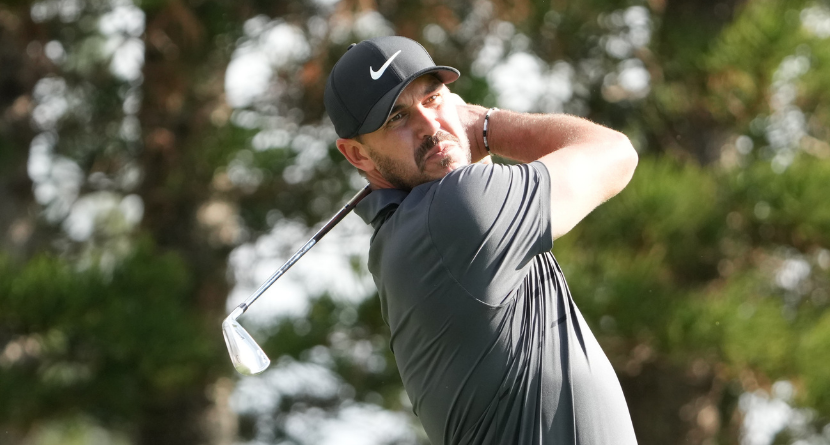 Brooks Koepka isn’t in the habit of acknowledging his own vulnerability, but the optics have been undeniable: the four-time major champion hasn’t resembled the guy who strung those titles together over a dominant two-year stretch. Not for a long time.

“I’ve worked with [my trainer] since 2019 and had five good weeks of health during that entire time,” Koepka told his hosts on an episode of The Ringer’s Fairway Rollin’ podcast released Wednesday. “I feel good. I feel happy with where my body’s at. This is the best I’ve felt in a long time. To be honest with you, I never should have played Augusta last year.”

The majesty of Pebble Beach, the insanity of the WM Phoenix Open, and a conversation with the man who just might be the moral conscience of golf: 4x major winner @BKoepka ⛳️ https://t.co/KgIiDyehY8

Recorded the same day Koepka took a swipe at Phil Mickelson for the “obnoxious greed” charge he leveled at the PGA Tour, the former Florida State Seminole wasn’t in a mood to expound on his headline-grabbing reply. Notably, he didn’t walk it back either.

“I’ve already made my stance pretty clear, where I’m at,” Koepka said of his repeated pledges to the Tour. “I’m happy with the Tour. I like where we’re at. As far as that [Phil Mickelson response], take it how you want it. I know what I meant by it.”

The interview touched on a range of topics, some golf-related and some not. But aside from the requisite mention of Koepka’s upcoming appearance in Super Bowl spot for Michelob Ultra, there were plenty of interesting nuggets to chew on.

Check out the full interview here.