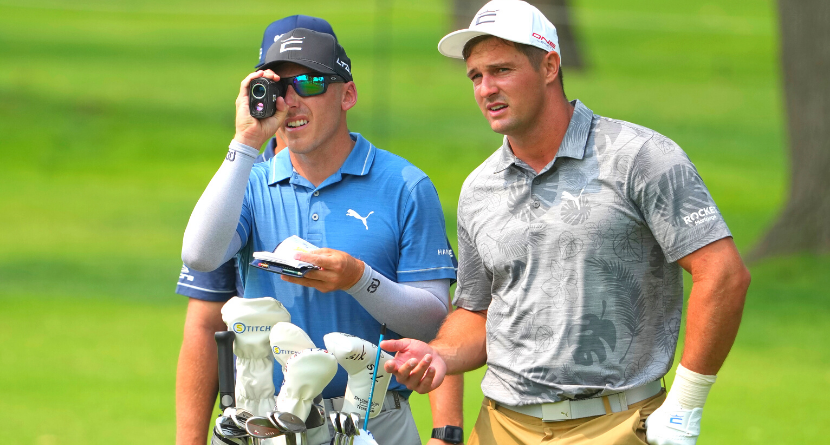 Translation: we will not be seeing the eight-time PGA Tour winner at Southern Hills.

“After careful consideration, I have decided to WD from the PGA Championship,” DeChambeau tweeted Wednesday after playing his second practice round at the venue in as many days. “I want to make a full return when I am 100% ready to compete at golf’s highest level. Thank you all for the continued support!”

After careful consideration, I have decided to WD from the @PGAChampionship. I want to make a full return when I am 100% ready to compete at golf’s highest level. Thank you all for the continued support!

A swing video posted to DeChambeau’s social media accounts was what started the momentum for a doctor-defying comeback.

At the time of his wrist surgery in mid-April, the 28-year-old indicated he’d need about two months to heal. But launching 340-yard bombs traveling at nearly 200 mph advanced the timeline, prompting an unexpected trip to Tulsa.

In an odd interview with the Golf Channel Tuesday, DeChambeau seemed to allude to a different sort of recovery, calling to mind another polarizing star’s quest for redemption.

“I’m proud of the fact that I’m here,” DeChambeau said. “I’m proud I’ve been able to persevere through it. I’ve had a lot of stuff going on recently and the game has not been a fun thing for me, so I’m excited to get back and give it another shot. Everybody deserves a second chance.”