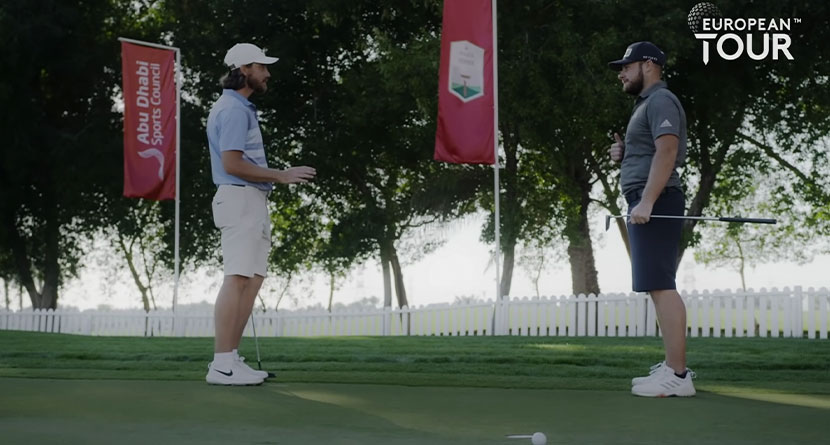 While the European Tour’s quality of play as it compares to the PGA Tour is always a contentious topic when the two are pitted against one another in friendly fan debate, there’s no contest when it comes to the respective top Tours’ content teams.

The European Tour is head and shoulders ahead of the PGA Tour in that regard, although it should be mentioned that it’s not necessarily anyone at the PGA Tour’s fault — it simply comes down to players’ willingness to participate. However, with that caveat out of the way, the European Tour content team did it once again last week in Abu Dhabi.

Ahead of the Abu Dhabi HSBC Championship, the first event of the calendar year on the circuit, the Tour wrangled the likes of Tommy Fleetwood, Ian Poulter, Henrik Stenson, Tyrrell Hatton, Matt Wallace and Martin Kaymer together to create an “Angry Golfers” support group skit.

Both played along self-effacingly in the brilliant skit, which has been watched over a million times on Twitter since its release over the weekend.

As funny as the skit was, it appeared Hatton and Wallace’s life on the course in the desert imitated their acting the previous weeks. On two occasions, both men appeared to be feeling quite glum, but instead of lashing out, they simply popped up a thumb.

Those #AngryGolfers classes are really working…

Of course, it’s impossible to say how much this faux-counseling did for three of the best golfers in the world, but Fleetwood, Wallace and Hatton all did finish inside the top-10 with Hatton taking home the trophy.