Gary Player Ranked The Majors, And His Fourth-Place Entry Might Surprise You 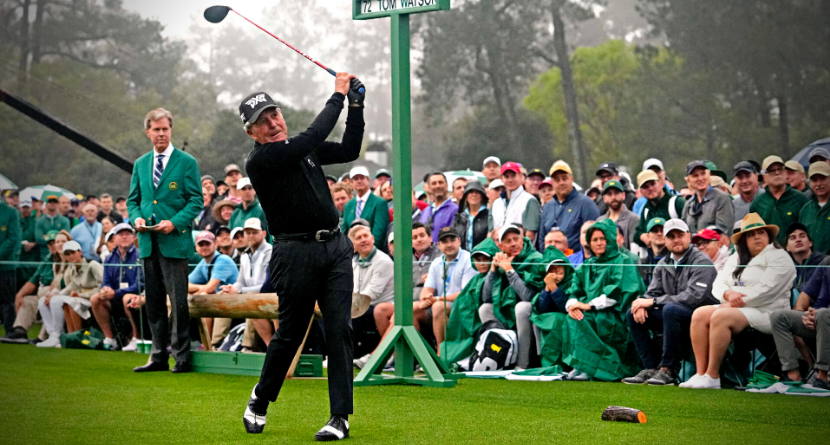 Gary Player won the Masters three times, which accounts for one-third of his major championship conquests. He returns to Augusta National Golf Club annually to serve as an honorary starter, delighting the early morning galleries with his tee-box histrionics.

So you might be surprised to learn where in the pecking order Player has pegged this joyous rite of spring.

The 86-year-old revealed his major championship power rankings in a wide-ranging Q&A published by the New York Times earlier this month.

The interview took place in May, months ahead of the 150th edition of the Open Championship. But Player was clearly feeling nostalgic about the return of the sport’s oldest championship to its Scottish roots.

“The British Open is the greatest championship in the world,” Player said. “I think the U.S. Open is second, the P.G.A. is third and the Masters fourth.”

Asked to expound on his preference for the Open, Player happily obliged.

“That’s where it all started, and this is the game that we all love and adore and what it’s done for us in our lives, irrespective of whether you’re a professional or amateur,” he said. “But the Open Championship is the challenge of the mind like no other tournament. Remember there, because of the field, you tee off sometimes at 6:30 in the morning and the last starting time is 4 o’clock.”

Player won the last of his nine majors at the 1978 Masters. He also won the Open three times, but never at St. Andrews, the historic venue where Cam Smith just stunned Rory McIlroy with a breathtaking back nine charge on Sunday.

While his relationship with Augusta is in a healthy place, it’s worth noting that the green jackets did just permanently revoke his son Wayne’s visitation rights after a tasteless publicity stunt at the 2021 Masters.

Was his Masters ranking motivated by anything other than merit? Only Player can say. But he made it abundantly clear what he thinks of the Old Course as an Open Championship venue.

“I’ll never forget going to St. Andrews my first year and thinking, ‘What a crap golf course,'” he said. “But it was immaturity, my lack of knowledge of the game.”

For Player’s thoughts on Bryson DeChambeau, modern equipment, Phil Mickelson, Rory McIlroy and everything and everyone in between, you can read the full interview here.