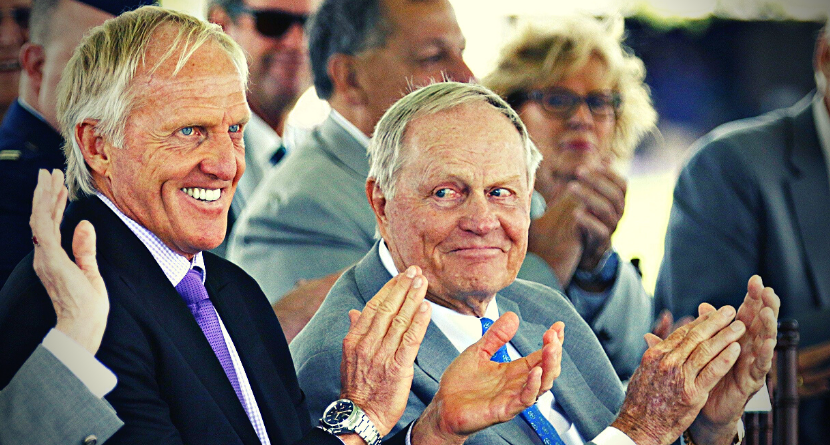 They weren’t rivals. No, Jack Nicklaus got the best of Greg Norman far too often for their numerous professional encounters to comprise a true rivalry. Instead, the relationship was unique for the way the aging legend with the blond locks embraced the rising star with the blond locks, guiding him and imparting wisdom whenever their paths crossed.

But all that shared history matters little now. Norman is LIV Golf’s brash CEO and commissioner and Nicklaus is the man who apparently couldn’t be bought by the Saudis to fill the same role. And for that, the Shark has taken a bite out of the Golden Bear.

In a wide-ranging interview with the Washington Post published Sunday that will only serve to further isolate Norman from most of pro golf’s power brokers, the two-time major champion called out his former mentor for his inconsistent commentary on the creation of the series.

“One hundred percent truth? Jack’s a hypocrite,” Norman said. “When he came out with those comments, I’m thinking: Jack must have a short memory.”

The comments in question? Back on May 16, the Fire Pit Collective’s Michael Bamberger revealed Nicklaus to be LIV Golf’s original choice for a frontman.

“I was offered something in excess of $100 million by the Saudis, to do the job probably similar to the one that Greg [Norman] is doing,” Nicklaus told Bamberger. “I turned it down. Once verbally, once in writing. I said, ‘Guys, I have to stay with the PGA Tour. I helped start the PGA Tour.’”

On the contrary, Norman intimated that there was mutual interest between Nicklaus and LIV. And supporting that claim is the fact that Nicklaus was recently sued by his own company, in part because of the damaging optics of doing business with the Saudis.

“Quote-unquote, he said: ‘This is good for our game. If it’s good for the game of golf, it’s good by me,'” Norman said. “So you want the facts? You’ve got the facts. Know what you said before you open your mouth.”

Nicklaus wasn’t Norman’s only target. He also scolded Rory McIlroy — “brainwashed,” Norman called him — for his unwavering allegiance to the Tour with which Norman has sparred for nearly half a century.